For Burlington-based rock band Kill No Albatross, their new EP “Speak True Evil” is a definitive statement. The record is at once dynamic and cohesive, blending the accessibility of rock, the technicality of prog, and the energy of hardcore through intelligent songwriting, creative guitar work, and emotional intensity.

KNA will be supporting the release with a Canadian summer tour run that includes coveted slots on the Vans Warped Tour and Burlington’s Sound of Music Festival. The band will be bringing their signature wild energy to every stage along the way – just hold on for the ride.

The band released their debut EP, “Lost in Darkness and Distance”, in May 2017. Bolstered by a live performance on CHCH television and tour stops in Toronto, Montreal, and Ottawa, 2017 saw the beginning of KNA’s amassment of a devoted fanbase. 2018 started with a bang, as the band performed as part of Canadian Music Week and shared stages with notable acts including Picturesque, SECRETS, and Basement Revolver.

“Speak True Evil” sees the band expanding the dynamics of their unique sound, traversing softer and heavier territory without compromising the meticulousness they are becoming known for. The EP was recorded at the world-class Metalworks Studios with producer Wayne Cochrane (Alexisonfire, Protest the Hero) and mastered by Scott Lake (Cancer Bats, Dead and Divine). It also features gorgeous original artwork hand-drawn by London, England-based illustrator Niall Grant. KNA will also be working with Jon Asher of Asher Media Relations on album and tour promotion.

Kyle, Josh, Alex, Alex, and Glenn are incredibly excited to release their boldest statement yet, tour their home country, and expand their growing fanbase.

Previous Orange Goblin
Next Beyond The Black 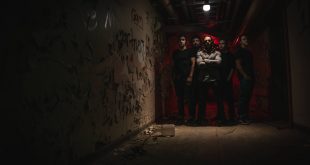 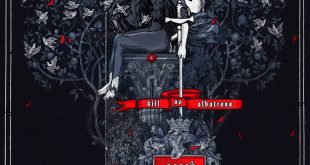 Kill No Albatross will be hitting the road this coming fall!