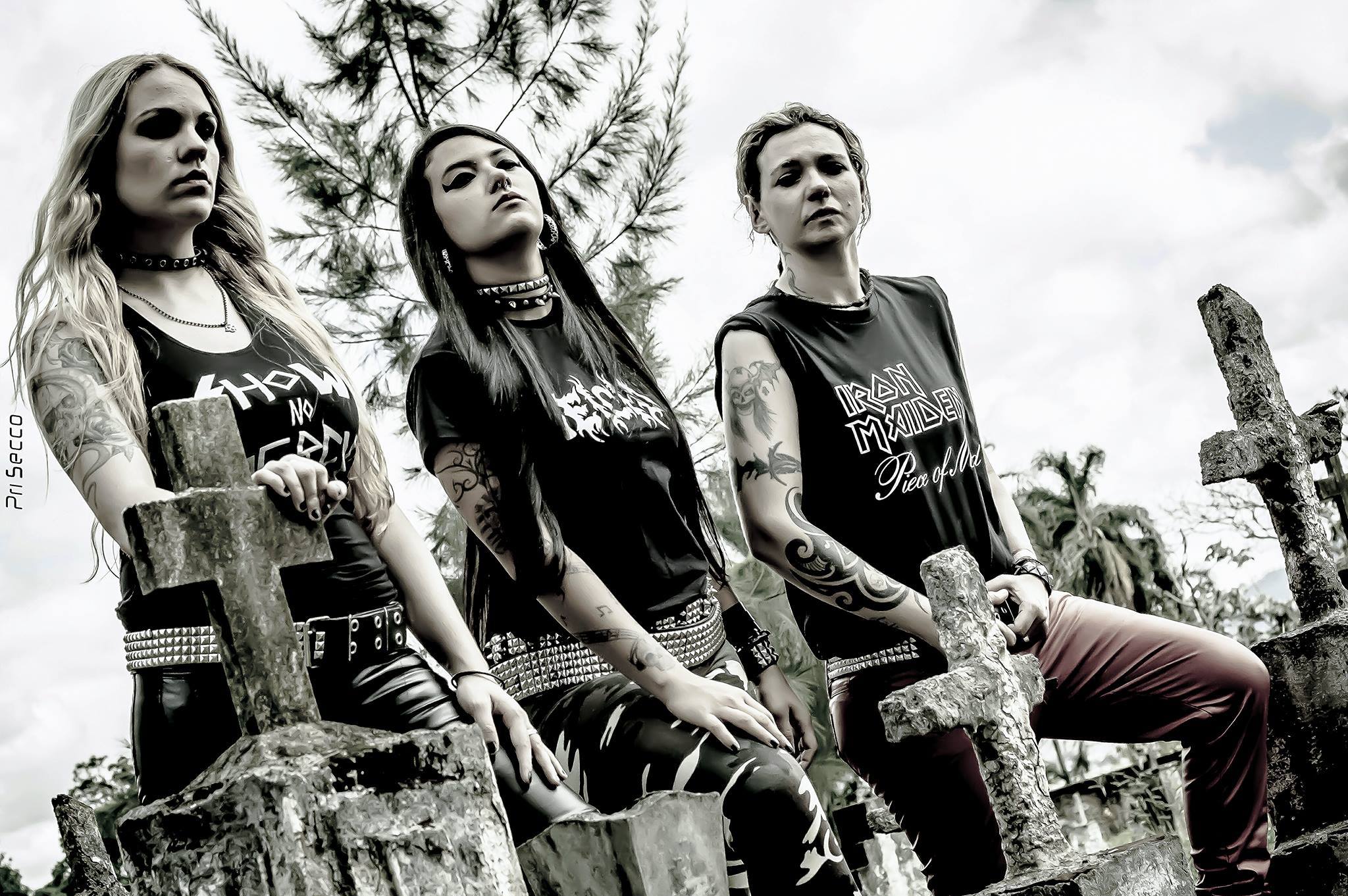 Despite being part of bands from different styles previously, like death metal and crossover, all members see in the compositions of Nervosa a same passion: thrash metal. With strong influences coming from bands of this genre’s classic school, the girls of the band seek to rescue the best in heavy music.

Prika Amaral started the band in February 2010, and in July 2011 Fernanda Lira took on the bass and vocals of NERVOSA, and only then, finally with the full team, the band started working as a professional band – writing songs, recording, playing shows.

In March 2012, the band released their first music video for “Masked Betrayer,” which reached the incredible mark, for a new band, of 20,000 views in just one week, prompting them to receive an Honorable Mention from YouTube, as the 17th most watched clip of musicians of the week and 55th most viewed in the month of March of that year.

Thanks to the notoriety gained through their hard work, NERVOSA in the following months, achieved a great accomplishment: the contract with the Austrian label Napalm Records, which has in their roster names like Cavalera Conspiracy, WASP, Grave Digger, Moonspell, Huntress, among many others.

Still in 2012, the band’s first record, a demo with 3 tracks, was released in Brazil on CD independently, under the title ’2012′ in August, and abroad by Napalm Records on turquoise vinyl, and by Nuclear Blast in a clear version, both under the title ‘Time Of Death’, whose cover art was designed by artist Andrei Bouzikov, who has worked with several bands previously, such as Municipal Waste.

Nervosa ends the year 2012 with a very positive balance with more than 50 concerts made around the country, among them, sharing the stage with bands like Exodus, Raven, Grave, Samael (in the festival Roça n Roll), Exumer and Artillery , among others.

After a period of exchanging drummers, the one who assumed the position in February of 2013 was Pitchu Ferraz.

Thus, the year 2013 began with a renewed vibe, and the band continued to promote their EP throughout the country, with shows in several states, and even a tour over the North and Northeast of the country, as well as sharing the stage with other great Names of the world scene such as Korzus, Ratos de Porão and also Destruction, Exciter, Blaze Bayley, Kreator, DRI And Benediction.

In 2014, the girls finished the recording of their first full lenght, titled Victim of Yourself, which had 12 tracks and whose cover was signed again by the artist Andrei Bouzikov, and the booklet was produced by the Brazilian artist Rafael Romanelli.

The album was released in March of that same year by Napalm Records in Europe and North America, and by other record companies and distributors in South America, Japan and Russia. In addition to the traditional CD format, 4 vinyl versions were also released – in black, blue, red and clear colors, distributed by Napalm Records itself and also by Nuclear Blast.

Two clips were released throughout the album’s promotion: ‘Death!’, which achieved record-breaking views among the band’s videos (over 1 million views), and ‘Into Moshpit’, a live video compilation that demonstrates all the energy of the girls in a live show.

These two singles, added to the other tracks of the album, made ‘Victim of Yourself’ reach great response from the metal audience, as well as prominence and good ratings in major magazines in the segment around the world, such as European Metal Hammer, Rock Hard , Terrorizer and Bass Guitar, the American Revolver and Guitar World and even the Japanese Burrrn, as well as the Brazilian Roadie Crew, Bass Player, Guitar Player and Modern Drummer magazines.

The good reception of the album was essential to result in a long and intense tour that lasted for the years 2014 and 2015. To promote the album in Brazil, the band played in 17 states, went through 7 countries in Latin America and made a A successful European tour with 51 shows in 60 days, including a total of 16 countries in the continent, including performances at some of Europe’s biggest summer festivals such as Summerbreeze, Brutal Assault, Metal Days, Obscene Extreme, among others.

The ‘Victim of Yourself’ promotion tour also took the band to the United States for the first time in 2016. Starting with two presentations on the already traditional ’70000 tons of metal’ cruise, leaving from Florida and going to Jamaica, the tour also passed through much of the West Coast of the country and also to the South, with more than 30 concerts from the state of Washington all the way to the state of Florida. In addition, other new territories were explored by Nervosa, such as Mexico, where the band toured for two weeks, and other locations such as Puerto Rico and Peru.

In 2016, the band recorded their new album, titled ‘Agony’. Recorded and produced in the states of California and Oregon in the United States by Brendan Duffey and mixed and mastered by thrash master Andy Classen, the album had its world premiere announced for June 3 by the Austrian label Napalm Records.

This same year was also very intense regarding shows to promote their latest album: there were more than 160 shows only in 2016.

‘Agony’ promotion tours include a European summer tour with almost 50 dates, a full month of shows on the US East Coast and also in Canada, as well as two European tours as special guests of the German band Destruction for a total of almost 60 shows, part of them being alongside the great bands Flotsam & Jetsam and Enforcer.

In 2017, who officially takes over the drums of the band is the competent Luana Dametto, who already joins it participating in the writing of the new NERVOSA album, scheduled to be out in 2018, and also facing the second leg of Agony promotion tours.

The ‘World in Agony Tour’ will be a tour that aims exploring several countries and continents around the world. So far are already announced the legs in Brazil (which has been taking place since February this year), in Mexico and Central America in May and June and in Europe during the months of July, August and part of September. In addition, plans are already being worked out to take the tour back to the US and Canada, as well as to South America and also in new territories, such as Asia.

Previous Nicumo
Next SENSE OF FEAR 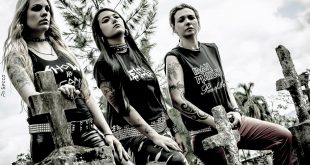