He moved to major in March 2015 , and subsequent release tours also continued to perform various SOLD OUT performances.

Also appeared in large festivals such as ROCK IN JAPAN FES , SUMMER SONIC , OZZFEST JAPAN , COUNT DOWN JAPAN ,
including festival sites throughout the country.

After that, she also appeared in festivals such as Singapore and Taiwan, and gained great reputation from overseas.

In recent years, we held the first one – man tour [ NOISE MANIA ] and finished in a great success.

It was sold out at RED APHELION TOUR FINAL ONE MAN held at IQUIDROOM on January 27, 2018 ,

It was a great success.

KITAKAZE ROCK FES. Held at the hometown of NOISEMAKER , Hokkaido ( Sapporo ) on May 20 , the same year 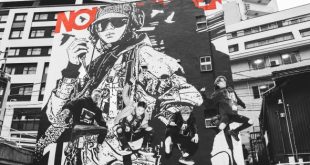 Get to know more about Japanese alternative rockers NOISEMAKER