In 2012 null’o’zero were coming to life in Athens/Greece. The general idea was to play contemporary Aggressive music but also with technical and melodical riffs. Βands main influences are Megadeth, Death, Trivium, SymphonyX, Metallica, Slayer, Slipknot, Carcass, Disturbed, Machine Head, Avenged Sevenfold.. etc. The outcome was a solid and heavy metal machine with Attitude ,integrity and off course Music.
Readily in February of 2012 the band manage to perform some live gigs in Athens local metal community and shortly after a few lives, null’o’zero participate in the Greek metal contest called”Band on the stage”. After 2 months of metal battle null’o’zero won the first place on this contest among 42 Greek underground metal bands. After the win, the recordings were ready to take place. So in November 2012 the ”Under Blood Red Sky” e.p. was ready and mixed / mastered by Stathis Pavlantis at the ”Music house studios” (Reflection, Marauder, PowerCrew and many other bands).
In December of 2012 null’o’zero participated on their first Greek mini tour along with the legendary Epic metallers BattleroaR .After that era null’o’zero got through some serious issues that left the band inactive for several months.But then new line -up was ready to inspire and enstrengthen null’o’zero’s motivation for new goals.Lead singer of the band is now Geo sinner ,one of the RnR children (DIo tribute Band) guests ,who participated in Rock in Dio Athens fest 2014 .Α year after that,Lefteris (drummer) was next for his guest appearence on the same annual charity fest with rnroll children.A memorable local fest , also we realy dig was Athens Wreck Fest 2015 with great local bands and great people which embrace this event https://www.youtube.com/watch?v=roStGocuBl4.The moment we are proud the most till this very moment came after few months on 23 05 2015 ,we proudly performed the opening act for the legendery Accept and sure it was a blast https://www.youtube.com/watch?v=t0vkbmQqblc
! Then it was the time our music had to find a fine distributor so our band joined Rock of Angels Records family and on Novemer 20 the “The enemy within ” record was finally had it’s released date. https://www.youtube.com/watch?v=CiHqGm2dLZk.
THe next thing after the LP preperations was to make a video clip as massive as possible so we did it and great people helped us make that happend.Mr Christos Dantis a famous pop Greek singer (back vocals at the “Unleashed by fire ” chorus) and mr Lefteris Eleftheriou(video’s MMA coαch) also a great actor. Null’o’zero – Unleashed By Fire (Official Video) ./ At the present time nullozero looking forward to finalize the tunes for the second LP ,we are happy we have associates like Thymios Krikos from Innerwish and Fotis Bernardo ex Septic Flesh to accomplish that goal.Till then….. countdown to Zero. 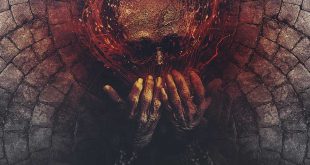