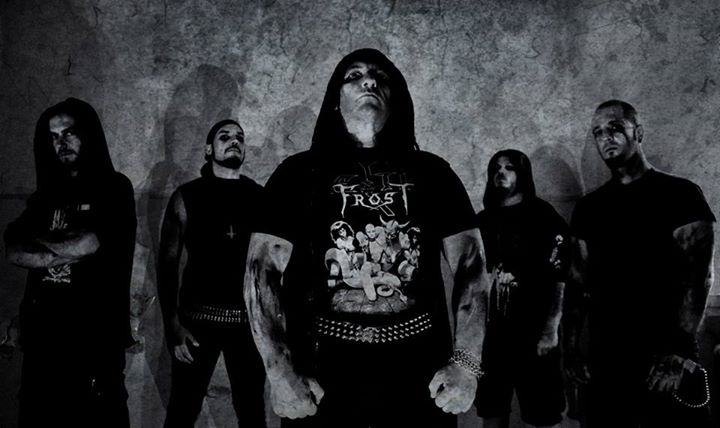 In 1989 the legendary debut demo “Procreation of the Unaltered Evil” was out.

In 1990 the second demo “Genesis of Apocryphal Desire” was out including a new line up with Stavros (Horrified) and Themis (Rotting Christ) in drums after the departure of Captain Death. In the same year Black Vomit Records rerleased the first Varathron EP “One Step Beyond Dreams”.

In 1992 Necromantia and Varathron released a split release “Black Arts Lead to Everlasting Sins” under the flag of Black Power Records. The specific release made a world wide impression and is considered one of the most important releases of the Hellenic Black Metal scene.

In 1993 Varathron signed a deal with Cyber Music Rec. and the first full length opus was out entitled “His Majesty at the Swamp”. Themis, John and Stavros were replaced by Necroslaughter (Zemial, Agatus) on guitars and Wolfen on drums.

In 1999 “The Lament of Gods” EP was released by Pagan Records.

In 2004, once again a completely new line up was formed after the departure of Pyrphoros with the addition of Achilleas C (Aenaon, ex-Chaotic Symmetry) on Guitars and Haris (No Hand Path, Utmost Contempt, ex-Revolting Breed, ex-Morpheus) on Drums. “Crowsreign” was released by Black Lotus Rec and it is considered the most controversial album so far. In the same year “Live at the Swamp” demo was unleashed to the world including rehearsal and live material from 1991.

In 2009 “Stygian Forces of Scorn” was released by Die Todesrune Records and was considered as a great comeback after 5 years of silence. Tolis was added to the line up as a bass player and Sotiris (No Hand Path, ex-Rovolting Breed) in guitars. A split with Desolation was also released by Floga Rec.

In the following years Stratos Kountouras (Luna Obscura, One of Discord, ex-Vert) replaced Tolis on bass. In 2012 a 3 way split with Black Altar and Tharnspawn was released and in 2014 a split with Den Saakaldte was released by Floga Rec.

In late 2014 Varathron signed a contract with Agonia Records for the release of “Untrodden Corridors of Hades”. Varathron are also preparing for live shows after almost 10 years since their last live appearence. Since today Stefan Necroadyssious is the only former meber of Varathron still in charge.

In 2015 “The Confessional of the Black Penitents” EP was released via Agonia Records once again. 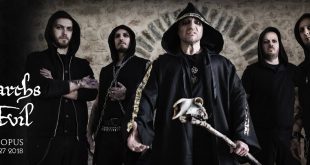