BEYOND THE STYX talk about their last opus “Stiigma”

Today, I have the pleasure to introduce you the French hardcore band, Beyond The Styx. They have released their second opus ‘Stiigma’ on February 23rd via Klonosphere/Diorama Records. Thanks to the vocalist Emile, learn more about this new release.

Hello. Many thanks to take your time to answer few questions for Distrolution. Typical ask, I know, could you introduce yourself and your band?

Hi, I’m Emile, vocalist and one of the last founder members of BTSTYX with Adrien (drummer). We’re a Metal Hardcore band from Tours – France, active since 2011. We recorded 1 EP & 2 LP. 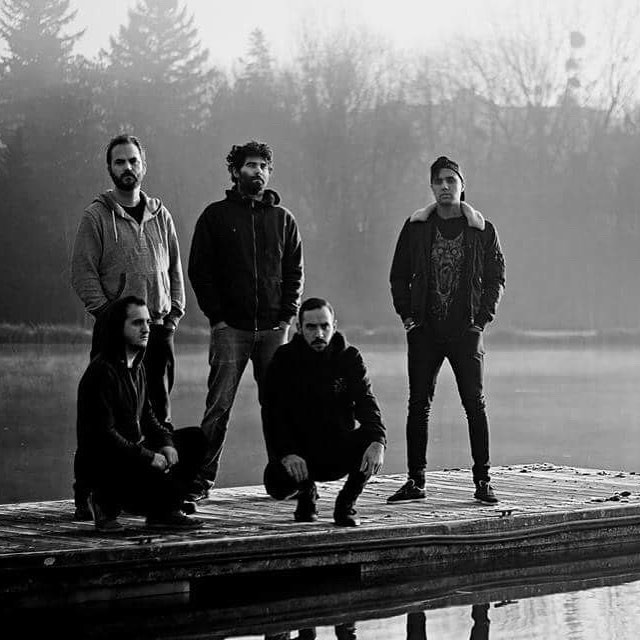 We have fundamentally evolved musically over the last 3 years. The live forge a lot of things. Even we’re always the same I think … Our way of sounding has changed. The departure of Anthony (former – lead guitar) for his side project: AO, related to our desire to perform a music ever more hardcore and much more catchy for live (whatever the kind of venue where we perform); necessarily influenced the composition of this album.

We want to share more than just music with our audience. We have something else to say and to interact with them. Hardcore is definitely more than music.The meetings that we have been doing in recent years have revolutionized the way we compose music: more raw, more incise, more violent. Like the world around us. The arrival of Victor (lead guitar) combined with the experience of David (rhythm guitar) gives a kind of 90’s Hardcore Metal crossover in our musical expression, combined with our respective fields of influences: Death MetalOld-School, Hardcore Modern, Metalcore Old-School and even Mathcore …Our progressive and modern influences belong to the past, now.

Why did you choose “Stiigma” as the name of your last opus?

For a lot of reasons …Our new album marks a turning point in the history of our band.Our style is more incisive and violent than ever. A bit like our society. Just as the indelible mark of a stigma, while drawing inspiration from the Latin numerology “STIIGMA” appeared to be obvious. Short, dark and powerful.

Can you tell us about the themes covered in this album?

“STIIGMA” addresses various crucial issues in this dark period of our history, such as: the arms race, the animal cause, the migration crisis, the media trap, the hypocrisy of international politics, the dystopia …So many topics that continue to animate the insatiable flow of this torrent of energy! Take a look to our lyrics, that’s definitely less metaphorical than during Leviathanima. It is no longer time for us to hide.

What is the writing and composition process within the group?

It’s a special process; we’re working together in rehearsal to try some new riffs… Sometimes it’s a really fast and easy process. But it can be tough, because we’re five guys with their own musical influences. After all, I’m writing lyrics. Music guides my inspiration. And feelings, news, books and movies feeds my inspiration.

How long did it take to record the album?

A little less than 2 weeks …The composition process is always the longest, most exciting and hardest too.

What are your influences?

It’s a difficult question because we have a lot of different influences in BTSTYX. Maybe bands like: Terror, Sworn Enemy, Nasty, Sepultura & Hatebreed. 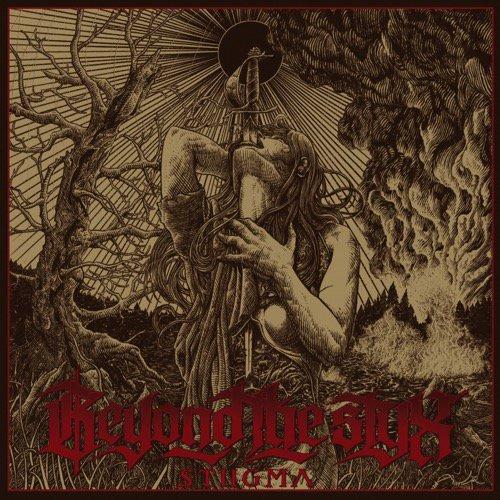 The artwork is really nice. Who realized it and can you explain us this choice?

Thank you. AMMO has realized our artwork. This is a French designer who has already worked for some big names such as: Neurosis, Eye Hate God, Cult of Luna, Hellfest and Marvel too!

As you may have noticed, we particularly like drawings in BTSTYX. It’s important for us that our album expresses itself beyond the music and the words. As such, the visual develops our apocalyptic and fantasized vision of “STIIGMA”: the beginning of the end or the end of the beginning …It depends on how we approach this strange sword swallower.

Since its release, how has this second album been received?

Especially well, even by most of our early fans. We weren’t sure our fans would follow us through this noticeable evolution. Well, everything suggests the opposite since sales and returns are most rewarding. I think our energy predominates over everything else … Live music is definitely one of our strengths.

How were the first tour dates? And do you have any more coming soon?

Perfect! And the more the dates follow each other, the more they gain in intensity. It’s really fun to share. Intense and powerful moments where our audience surprises us concert after concert. And the best is yet to come … in France and abroad. Our next European tour is fast approaching!

On which stage/festival would you dream to play? And with which artists?

Without a doubt “This is Hardcore” in Philadelphia. With Hatebreed, Incendiary, Harms Way, Ringworm, Terror, Code Orange, Madball, Knocked Loose & Sand, this could be totally insane!

Thanks for your interview and your interest into the underground scene.
Support the difference & the different forms of artistic expressions.
Don’t be subdued by the medias.
Open your mind. Support your local scene.
Hardcore is more than just music. Together we can do everything!
See you soon on tour!

Once again, on behalf of the Distrolution team, a big thank you for this interview.

Previous Italians Me VS I unveil “Empty” music video!
Next Marshall Records announce the signing of Therapy?!