Fresh off signing to Australian label UNFD, post-hardcore quintet LIMBS is thrilled to reveal their debut full-length album “Father’s Son”. The latter is indeed available since April 27th and you can learn more about it below thanks to Chris! 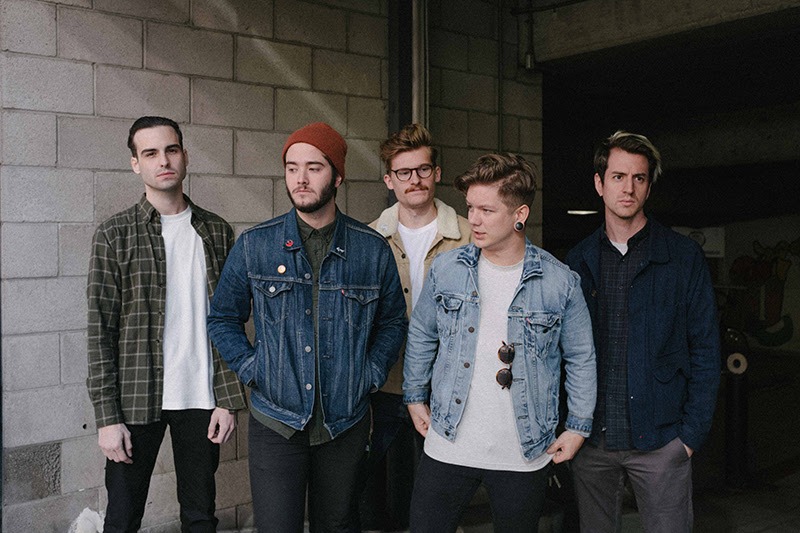 Hello Limbs. Hope that you’re all doing great? First of all, thanks for taking time to answer a few questions for Distrolution, it’s much appreciated. For those who are not familiar with your band, could you please introduce yourselves, as well as your band? My name is Chris Costanza. LIMBS is Daniel Nelson (drums), Josh Kowalski (bass), Jordan Hunter (guitar) and Tyler Martin (guitar).

You guys are from Tampa Bay, Florida. How would you describe the hardcore scene over there? I think the scene is a lot different than when we grew up. Most of us are in our mid to late twenties now and spending less time at shows than when we were younger. That being said, there’s definitely still a scene around here. The venues available for smaller hardcore shows have definitely thinned out, but there’s still plenty to be found on a given weekend.

Your new album ‘Father’s Son’ is out since April 27th via UNFD. Can you tell us more about this release? For those who haven’t heard it yet, what kind of songs can we expect on it? This is our first full length record. It’s a concept album shedding past beliefs or indoctrinations and growing into your own. I think there’s a healthy variance on the record, ranging from light and melod to heavy and thrashy. We went out of our way this record to create something more dynamic, not only song to song, but as a whole cohesive album.

If you had to pick one track that, according to you, best reflects the spirit of this album… which one would it be and why? I would say the title track, Father’s Son. Thematically, it sets a tone for the record with the lyrics. Musically, it has a bit of everything. Fast and thrashy, drivy/sludgy, and airy/dark.

Last but not least, what would you say has been the biggest highlight of your band’s career so far? I think we can all agree that our last tour with Underoath was the biggest highlight. We got to play for more people than ever, all while enjoying one of the most welcoming and genuinely caring tour packages we’ve had the privilege to be a part of.

Thanks for your time! Thank you!