Home / Interviews/Metal/Hellfest 2022: An experience that Stengah is not ready to forget! 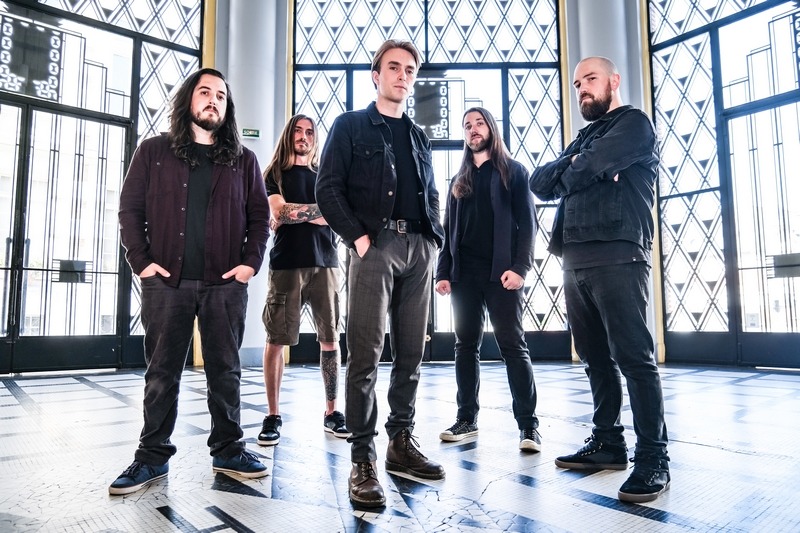 We will start with the small presentations. Who is in charge of introducing Stengah?

If you start by messing with me in an interview, I think it’s going to go wrong. The idea is rather to present the band, what you have done so far, the genesis of the band. How was Stengah born and who joined the band?

Max: It’s going to be long!

You can make it short.

Ben: The very short version: I originally wanted to be a veterinarian and eventually got into music. No, it’s bullshit. I’m sorry, that sucks.

Elliott: I had some compositions in my computer. I was at the CMA with Maxime and Benoît. We met there and I needed musicians. We were the basic trio, then joined Nicolas, who was very young. Then Alex, where the song was recorded. In 2015-2016, we recorded an EP called “Mechanic of the Sphere”, which took us to Wacken Open Air. We worked a little with the Aéronef (concert hall in Lille) with whom we recorded two live clips. We also recorded the album at their place. The one who mixed our album “Soma Sema” was Remiboy, who played the album to Richard Gamba. One thing leading to another, we worked with him. Then we signed with Mascot Records / Gérard Drouot Production. And we’re at Hellfest today.

You almost spoiled a question for me. Thanks, but it’s not totally spoiled. Alright then, a little question that I have to ask you. You escaped a good shower after two days of heat wave. Good job guys! Well, the question I have to ask you: how does it feel to be at Hellfest?

Eliott: It makes butterflies in the stomach. It makes resonances in the chest. From the first notes, it makes you tremble. And not just the ground. And you see the smile on people’s faces, it’s also that feeling and the looks and the smiles. It’s just crazy!

Alex: It’s a crazy thing. Even being on stage and behind the scenes: the Hellfest where you’ve usually been on the site for years. There, we play but we watch the Ferris wheel from the stage, playing. This is one of our first stages also in the open air, outside. For me, it’s a treat to play like that, and even more on the mainstage.

Max: Personally, it was my first Hellfest. This is my first time here.

Max: Thank you, thank you. First Hellfest, on the mainstage! That’s why we make music. I think there are plenty of people and plenty of bands who want to be in our shoes. That’s why we’ve been making music for so many years and why we want to do it again. If people seem to have enjoyed the bands, that’s cool. It’s the feedback we get from the press, the crew, the public. It’s a mutual love.

Eliott: As for me, it’s true that I’ve been working here for ten years. Going from the bar to the stage is incredible. All my bar buddies came to see me earlier and what a moment of sharing!!

Ben: Like Max, it’s my first Hellfest, so inevitably, we discover.

Ben: And for the little anecdote, we had made a bet with Max, that we would go to Hellfest only to play there.

As an artist? So the guys are putting the level there!

Ben: Just to clarify, they’re only doing a one-day Hellfest, though. Does doing Hellfest in one day count? I launch the debate, the debate of the killjoy.

Your album “Soma Sema” was released in March. How did the composition of the album and its production go?

Eliott: So my name is actually Eliott. I’ve been pretending to be the singer for a while now, but it’s not true. This album, we have the impression that it is on the length, on the duration, because there are tracks which are already almost ten years old. There are also tracks that are very recent, but all of that has come together in an album that unifies all of that, through one and the same sound, one and the same arrangement. A lot of people ask us if it’s a concept album, because they feel like there’s a real connection between each track. I’m quite happy with that, because it’s proof that the bet has paid off.

I really see it like that, as a synthesis of the almost ten years that have just passed for the band. But the band, in its current form, has only been around for a year. He existed from 2016 also under his old line up from the first concert we did, so it’s still quite, quite recent.

If we don’t take into account the two years of COVID too. In the end, without the COVID, it would have passed about three years between the first EP and the album. Things mean that in the end, more time passes, we have this impression of a fairly stretched time. I find it quite cool for an album to offer this rather timeless side in fact, through ten tracks that are very connected to each other, but which nevertheless tell stories on a different chronology. 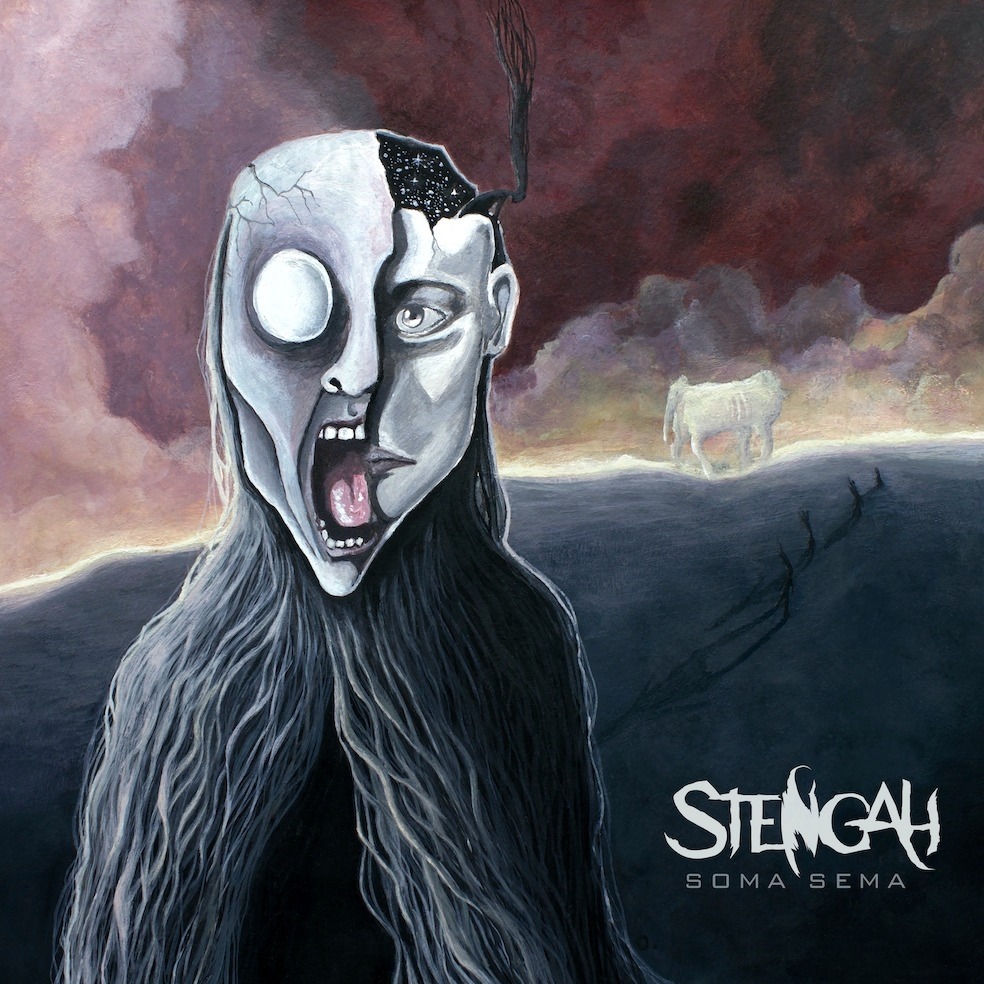 Overall, there were 80 kilos of survival clothing left.

Max: Without wanting to repeat it, it’s the leitmotif to take the time, to do the thing well, to say to yourself “OK, it’s a first album”. We had no pressure from labels at that time. So yes, it was really taking the time to do something that represents us, to work on the sound. I was talking about production: it’s the first time we thought about defining the band’s sound.

You have been working for some time with Richard Gamba. As a reminder, he was the first manager of Gojira. How did it go, meeting and collaborating with Richard? I also put some context. We, our audience at Distrolution, are small artists. You who are, basically, a local band who find themselves propelled onto beautiful stages like Wacken, like Hellfest, and who find themselves working with a producer (who still has a little name in the business), these are questions that are super interesting for our audience.

Eliott: We met really by chance, with Richard. We were at the end of mixing the album. At that time, Remiboy was mixing and mastering the album at the Aéronef, and he was in contact with Richard. He made him listen to the project he was working on and it interested Richard who, suddenly, contacted us. It wasn’t really a clean encounter, but something very gradual. We got to know each other. He asked us lots of questions. He gauged the band a little. He tried to understand the essence of the project and it really took a few months of discussions. We met him and we took some time before saying “OK, we work together”.

It’s not just a meeting or canvassing: “We would like to work with a manager”. At the time, we didn’t even really know what it was like to really work with a manager. We also didn’t even know what a label actually does. We generally know what it represents, but it was also a lot of learning before understanding what it represented, working with them, understanding their job, working with someone who already has a name in environment and know both their strengths, but also realize that not everything is linked to that. It’s not because you work with Richard Gamba that you will succeed in music. It also requires a huge amount of work behind it and then a commitment to it. So it’s both a meeting and full of learning and taking the time to get to know each other.

So, what did it bring you to work with Richard?

Eliott: It’s the butterfly effect, let’s say. The starting point, the signing, starting to collaborate with Richard, that’s what led to the signing of the label. This signature of a label which leads to the release of albums, which lead to new partners, to bookers, to a publisher too. It’s really a small drop of water and a wave that spreads, which makes the team grow. We find ourselves with more and more people who work with us, and who gradually make us find ourselves on opportunities like today at Hellfest, and soon with Deep Purple, and before that, the release of the album and the tour which took place on a few dates in France. It spreads and it’s true that we feel that it takes time, it takes time to build. That’s what’s great about this job. We take the time to learn, we take the time to move forward, we don’t jump into it too quickly.

They put us at Hellfest because I think they were like, ‘OK, they’re ready‘. At first, we thought we might rather come next year, but in the end they said to themselves that we had made enough progress.

Alex: The next concert will be on July 6th with Deep Purple at the Scènes Musicales of Paris. We also have a few postponement dates which were made in November, in Toulouse and Bordeaux. The rest will be communicated as things progress.

And do you have dates planned internationally or at least in Europe?

Alex: For now, it’s still pretty, pretty stuck. We finally get to the end, but there are still a lot of things that are blocked so we still need a little patience.

What can we wish for Stengah for the future?

Max: Do more like today, do more. How about a festival tour? Keep fighting. We resumed the dates, it’s great. It had been two years since we had played. Now, we want to do it all the time, every day, to go on tour for a month, to come back, to start again.

Alex: Leave a bit of France if possible. Europe, why not? Even the United States, but there, I go far. We’re a French band and among metal bands in France, it’s still very rare to leave the country, apart from Belgium. If we could already leave the country, even make ourselves known everywhere, that would be happiness. But other festivals, other open air like we had there, that would be great.

I’m leaving the final word to you!

Love and chocolate will be the final words. Thanks guys.

Interview by Greg LEGARAND for Distrolution / Distrolution Merch.
Thanks to Stengah for their time.
Thanks to Roger WESSIER from Replica Promotion for the opportunity, as well as to the press team of the Hellfest Festival (Elo, Romain…).