Home / Interviews/Punk/Earthstate talk about their live experience and upcoming projects!

Earthstate talk about their live experience and upcoming projects!

Pop-punks Earthstate are back, talking about their first show ever and their recently-released video for single “The Decision”. Check out what they had to say below! 🙂

Hello, Earthstate! Thanks for your time! It’s been a few months since we last talked. How have you all been doing?

Hey Val, thank you! Everything is fine for us. Since our last talk, we released our album and did our first show last week, we couldn’t be more happy!

Let’s get straight to the point: You guys did your first show ever as Earthstate on June 28th. How was it?

It was awesome, way better than what we expected to be honest. A lot of people came to see us despite the very hot weather in France these days. We played in very good conditions, the other bands (Yvet Garden & Behind Locked Doors) did a very great job too, and there was a very good vibe in the venue. What a pleasure to see all these people singing and moving with us!  It definitely motivates us to play a lot of other shows. 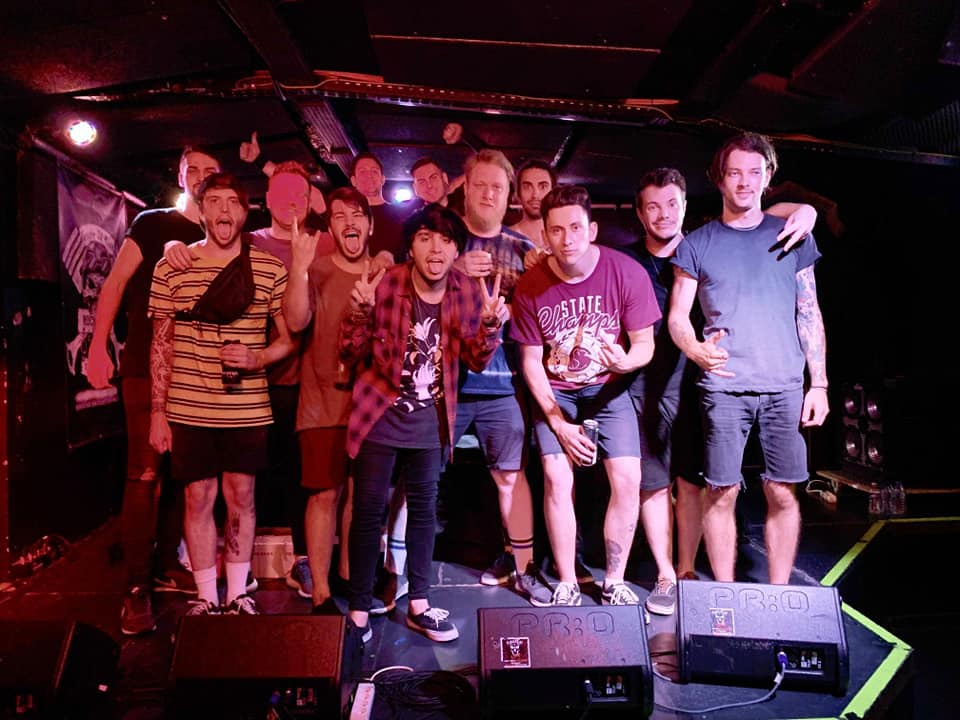 Bands usually tend to play shows before releasing an EP or album, and you guys did the opposite. Why did you make this choice?

At the beginning, our plan was to make our release party just a few days after the release of the album because we wanted people to hear our songs before coming at our show. We are a new band that didn’t exist some months ago, it was important for us to give some content to people before our first show. That’s why we released our album in March, and the show was originally scheduled on April 5th…then our drummer broke is hand, and we had to reschedule it to the past week…

Of course, we are already working on it. We really hope doing other shows in France, and why not in other countries in the next few months.

Let’s talk about your latest release: A studio session for your song “The Decision”. How was the shooting experience?

It was very easy, without pressure! After the shooting of the “no turning back” video clip that asked a lot of logistic, materials, organization and time, we wanted to make the opposite for this one: a video that shows us doing what we do every time, all natural, no story, just the band playing a song in a rehearsal room. It took just a night to shoot this one!

Can we also expect another video for any song on the album this year?

We are planning on new contents before the end of the year. It’s too early to say which form they will have, but you can expect something for sure!

Previous Interview with Klone at Hellfest Open Air 2019
Next Hopeless Records are excited to add Tiny Moving Parts to their roster!