Get to know the French punk band, Mercredi!

Youce, from the French punk band Mercredi, took some time to answer a couple of questions for us. Among other things, learn more about the band’s debut album as well as some of their upcoming plans for this year. 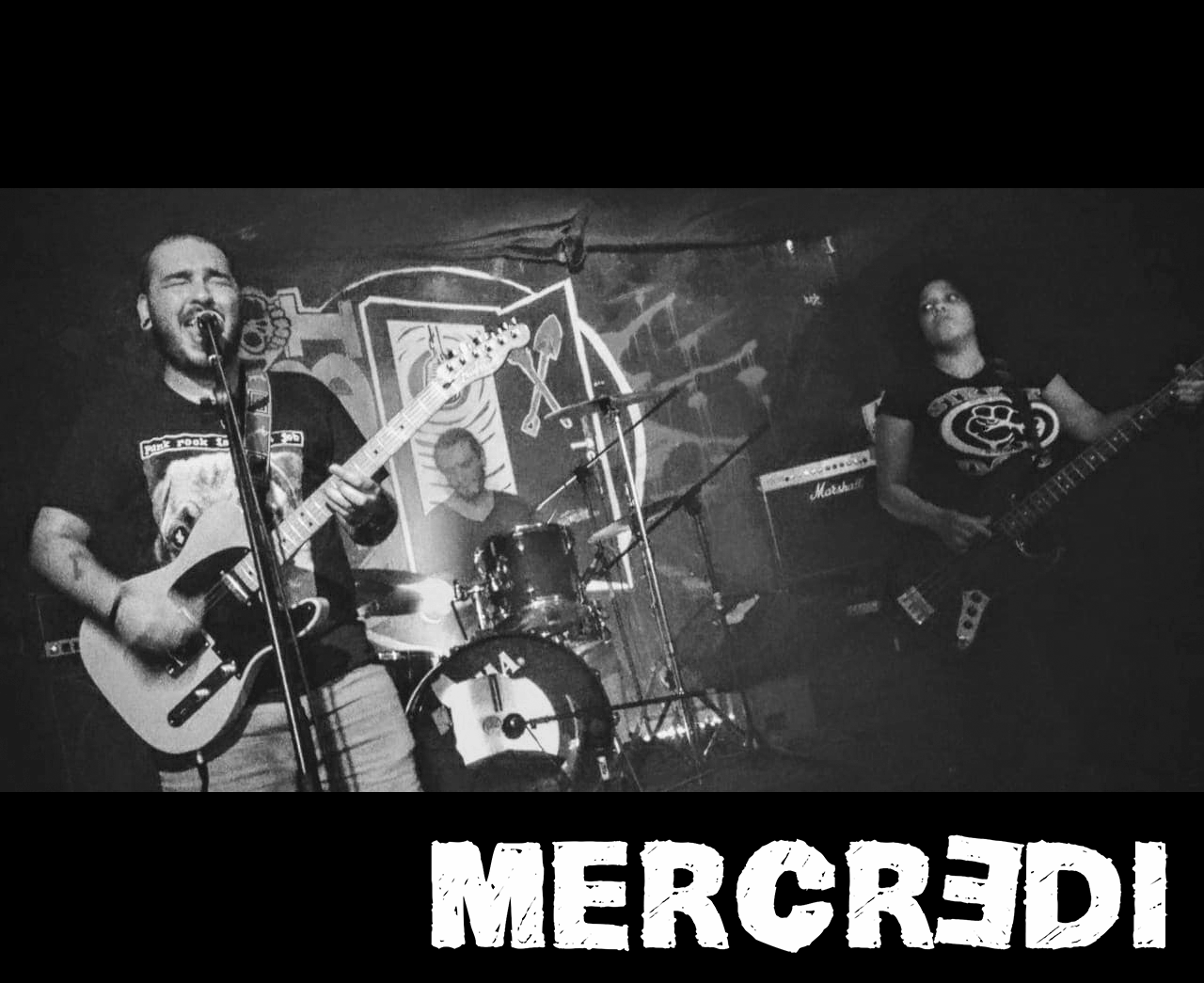 Hello Mercredi. Thanks for taking time to answer a couple of questions for us. Would you mind introducing your band to our readers?

Hello! Thank you for the interview!
We are MERCREDI, a French loud punk trio from Montpellier, France. We have played together with this line-up since 2018!

How do you manage your band in such a special context?

It’s pretty complicated, we obviously didn’t plan this situation, and I don’t think anyone could have.

We feel like we are on a hiatus, but we’re not, and it’s weird to see all our plans and projects being canceled/delayed… So, we try to be active on our social networks, but we did not use enough of the summer season, that had no lockdown or curfew to create content like music videos or else, so we hibernate and get ready for what’s next!

You’ve revealed back in September your debut album. How long have you worked on it?

This record contains the best of what we’ve been able to write since 2016! We destroyed and rebuilt the songs over and over again until they were perfect. And I recently listened to the first demos I did before I even created the band, I can tell there was work to do!

How does your composition process usually go?

Usually, I start with a piece of music, either a few notes that flow together or a few words that stays in my mind, and I build a skeleton of music. The famous “verse-chorus”. From there, I write lyrics directly, which most of the time will not change, or very little.

I record it all and send it to Ben and Tam, who compose their part on their own. Then we glue it all in rehearsal, and we adjust what’s right and what’s not, we negotiate. There may be things that Ben plays, or that Tam plays, that will cause me to change the vision of the song and modify my parts to match theirs.

On the occasion of its release, you called us to create your merchandising (T-shirts, CDs…). Can you tell us about your experience with Distrolution Merch?

We first made the T-shirts in early 2020 because a lot of dates were starting to be booked, and we thought, “It’s gonna be a great year.” It was literally 2 weeks before the March lockdown. We still made the CDs the next summer because the album was coming out, and we wanted to do it right.

In both cases, I was in contact with Sébastien. He managed really well, answered my questions well… He even corrected our booklet a few days before pressing while he was on vacation, because I had found a BIG fault in the thanks part. We will clearly continue with them for the future! 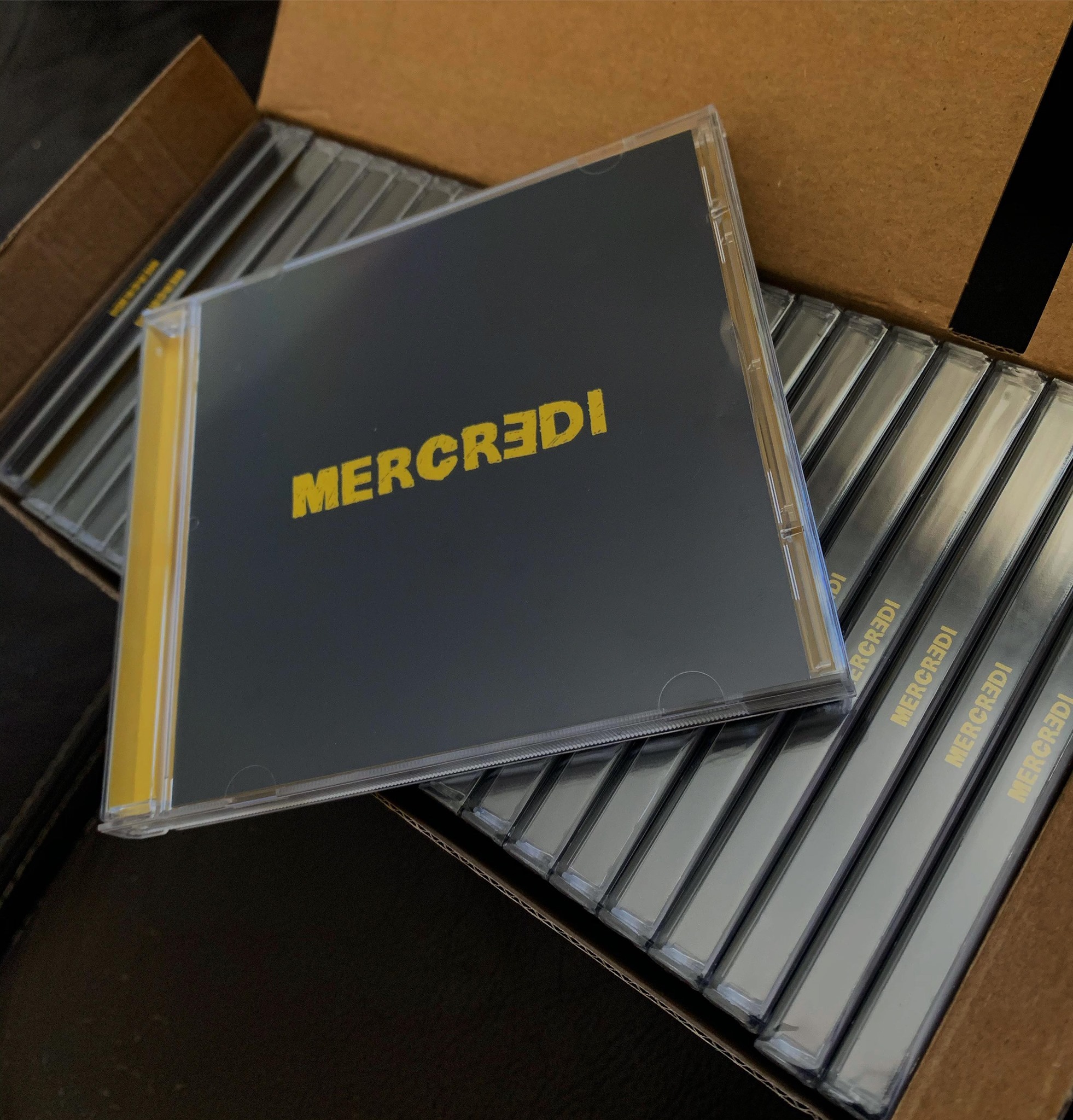 In general, is there a merch item that you attach particular importance to? If so, which one and why?

For me it would be the t-shirts. I know there are a lot of bands that I discovered just because I saw someone wearing their t-shirt! 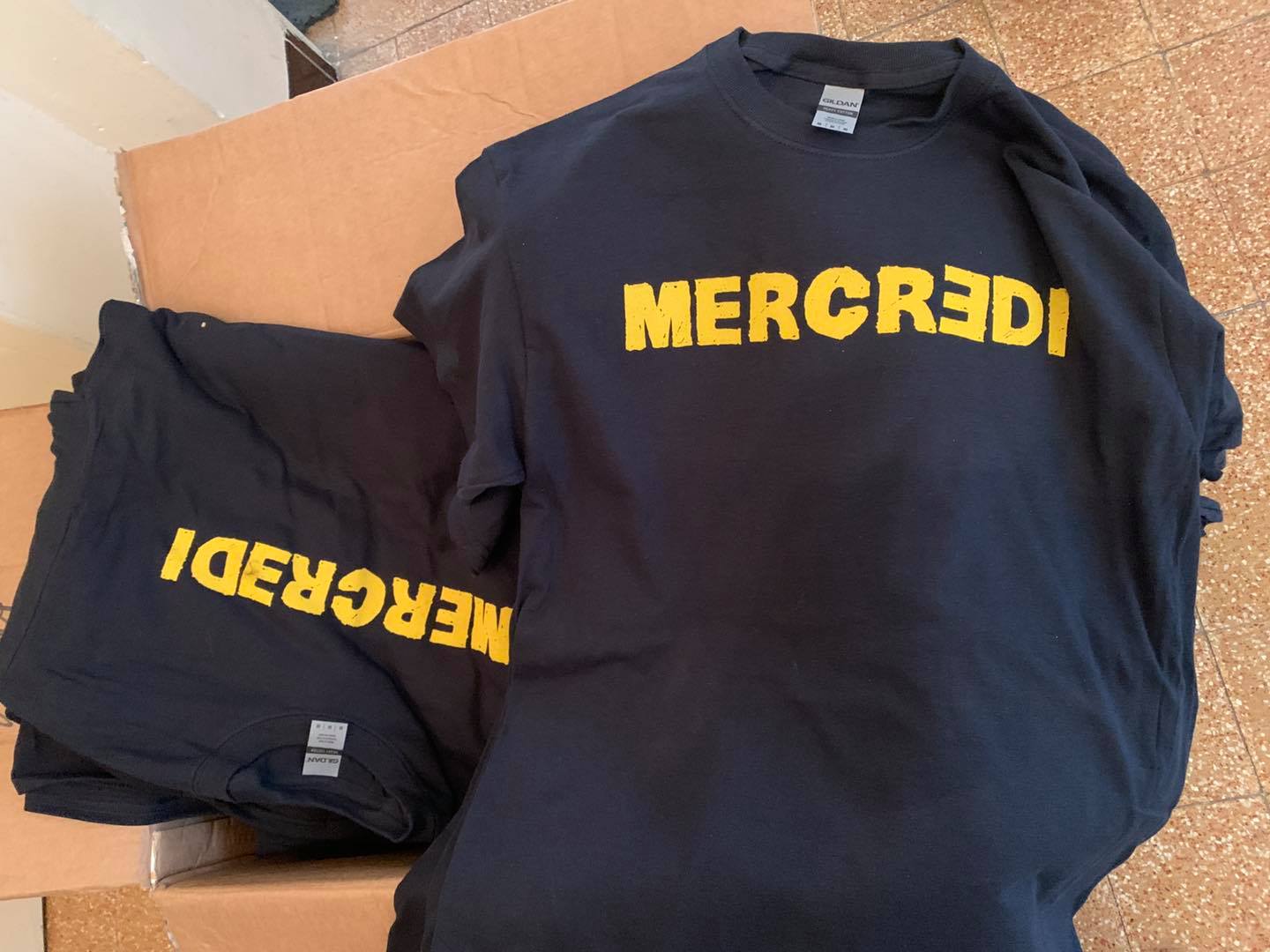 We know that the current economic situation makes things difficult, but do you already have some plans for 2021?

We keep hope that things will start again! In the meantime, me and Ben are in the process of setting up our Associative Label called “VENDREDI ASSO”. The goal will be to help bands promote themselves, find dates, record…

And compared to MERCREDI, we are slowly resuming rehearsals, we already have new songs. And we also plan to do music videos and concerts as soon as possible! We’re already scheduled for Lapunkka Fest in Poland in July, so we just have to keep our fingers crossed.

The last words are for you.

Our album “The Album” is available on all streaming platforms, from Youtube to Apple Music, Spotify and Soundcloud!

Previous Carpool Tunnel have announced their debut full-length!
Next Iotunn to release their new album, “Access All Worlds”