Norwegian anti-capitalist experimentalists Heave Blood & Die have dropped, back in February, their LP titled “Post People”. Karl (guitar, vocals) took some time to answer a couple of questions linked to this new record. Check out the full interview below! 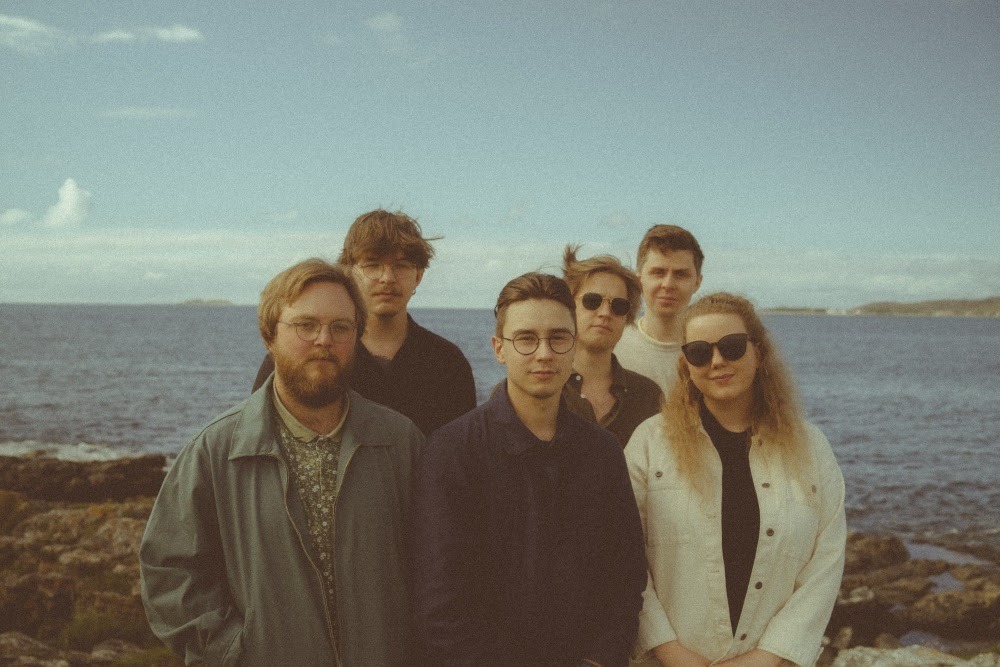 Hello Heave Blood & Die, thanks for your time. Would it be possible to introduce your band to our readers, as well as your roles in it?

Hi Valentine, nice to have a little chat. Yeah, I guess I can manage that.

I’m Karl, I’m the guy answering these questions. I play guitar and sing in the band. My main focus has always been on the creative side and to stay away from money and planning. I write the lyrics, I’ll make a foundation for compositions and I’ll brainstorm ideas for artwork and such! Also I do these kinds of things, talking on behalf of the hive.

Jonas plays guitar, proper meat and potatoes style of guitar playing, straight and keeping it in the pocket. He has a horse at home, which he has to feed. Also he has a child, which I hope he also takes the time to feed.

Benjamin also plays guitar in the band, but quite differently from me and Jonas, he’ll find and fill in the gaps with melodies followed by a flow of modulated delays and reverb. He lives in Bodø right now, I’m not sure what he’s doing up there, probably some sound design.

Marie Sofie is our master of coin and does all of the logistical work. She plays keys in the band, she has a much more refined view on music than the rest of us. She actually knows music theory, meaning when I write a foundation for a song she’ll whip out all of the possible harmonies and help chisel down my arrangements.

There’s Eivind, he works sort of like a binding between our booking team and our record label. He’ll translate all the things they say to him to something we’ll understand. He’s got brains for business. Also he plays bass, thumping away on those flatwound bass strings.

And last but not least, Kenneth. He plays drums! He’s as mysterious as a fart in the wind. He likes to chill out, and prefers to go back to the hotel after we’ve played gigs instead of getting blasted, I think he’s figured something out about how to tour without being incredibly beaten up and tired all the time.

We have a saying in Norway which translates “to sit still in the boat”, basically meaning you’ll just have to wait it out and don’t make a ruckus. We haven’t been doing much since we recorded the record, so there isn’t really a lot to manage. Or we did play on top of a mountain overlooking Tromsø for SXSW Online, I guess that took some managing? I don’t know, I try to stay out of business things.

Your record, “Post People”, came out on February 5th 2021. What kind of songs can we hear on the album?

Well it’s been out for a while. I think it’s quite a bipolar record, and I think it makes perfectly sense for it to be this way. It goes from noisy post-rock to kraut and shoegaze in the blink of an eye. It wasn’t intentional to create a record with such a broad array of feelings, it just happened, and I’m thrilled with how it turned out.

Any funny stories to share from your recording or writing sessions?

It’s all fun, really. If we don’t have a joke going at all times, something is really wrong

While we were recording one day the culture minister of Norway popped by, that was really strange. We did some sneaky recordings of him talking and used it for a promotional video for the single Post People. I don’t know if that was legal, but we got some good laughs.

You’ve also unveiled your single, “Radio Silence”, along with a music video. How was the shooting experience?

We just kept our friend Brage around the whole time while we were recording, and he was filming every little step. I guess it was a matter of pairing a week’s worth of video clips together.

Yeah, we are playing in all the bigger cities in Norway and have a couple of festivals this summer, and a couple of dates in Denmark in autumn. When we’ll be able to go to the British Isles or continental Europe is really blurry right now…

Don’t compare your own project to other musical projects, looking either up or down upon other groups will only make you insecure.

Previous Altarage drop the second track from their upcoming album!
Next Sailing Before The Wind are back with their new single!