Home / Interviews/Punk/The Cryptics talk about their new album and their US 2020 tour!

The Cryptics talk about their new album and their US 2020 tour!

After releasing three songs ahead of their new record, punks The Cryptics have finally unveiled their new album, “Continuous New Behavior”. Along with this new release, the guys have also announced a huge US tour from February to May 2020. Check out the full interview below!

Hello The Cryptics, thanks for your time. Would it be possible to introduce your band to our readers, as well as your roles in it?
The Cryptics are from Dover, NH USA. Tino Valpa on vocals. Chris Clement on bass. Andy Mattern on drums. And for the tours we have coming up a few friends filling in on guitar – Mike Cantrell and Nate Garcia.

How would you describe the US punk scene from your own POV?
It really depends which city and scene you’re specifically talking about. Everything is very, very subdivided into its own category based on style. It would be nice if there was one big punk scene, but there totally is not. There are certain communities where things are more open and universal though. We tend to favor those scenes.

You’ve recently unveiled a music video for your single “Mystery Line”. How was the shooting experience?
Rainy and funny. It’s not every day I’m walking down a graveyard path in a rain storm mouthing lyrics to a song without the band playing along. There were many other scenes including playing in a field behind my house with the band. That was fun to shoot and it ended up bringing out pedestrians and neighbors to watch. Instead of being concerned about noise people were telling us what we should play a show in the field which was cool to hear. There were other scenes where Nico (filmer) and I went to Odiorne Point in Rye, NH to get some shots.

This song is taken from your new record, titled “Continuous New Behavior”. How long have you worked on this album?
We actually put out an inferior version of this album in 2013. It was much slower, less energy, less detail and lower quality production. I absolutely hated it which led to this version which we are 100% happier with. So in terms of the length it took to rework the album I’d say about half a year. We demo’d it out a couple times and then went into the final studio. The whole process itself took over a year.

You’ll also be touring almost every single day from February to May 16th. How do you manage your time between your personal / work life and life on the road?
I work for myself and am able to create my own schedule. Money gets feeble at times, but it’s worth it to have the flexibility to be able to do things like this. Andy is an EMT and he can create his own schedule. Chris works at a brewery and I guess they’re just cool as hell. 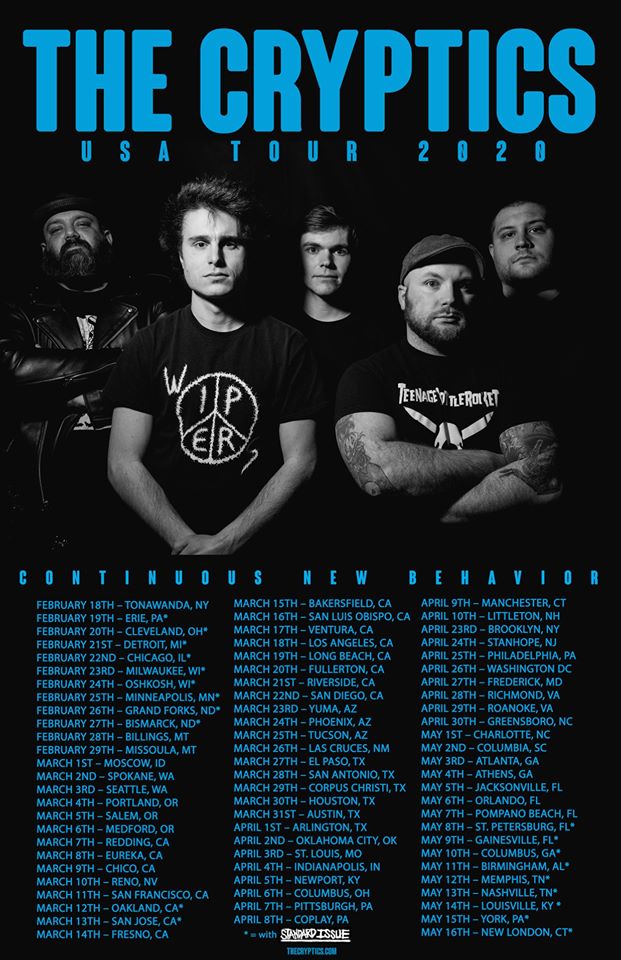 What do you like the most about touring?
To me the best thing about it is the good shows that have a solid turnout with a high energy crowd. Those nights are easily the most memorable things and why we still do this. Having a crowd that’s moving the whole set and actually cares about what’s going on just makes the entire experience so different for us.

The last words are for you. If you have a message to convey… Here’s your chances!
Leave your house.

Previous Frank Iero And The Future Violents are back with a new music video!
Next Belmont have announced the release of their new EP “Reflections”!