Trophy Jump talk about their upcoming split EP with Afewyearslater!

Another day, another interview! As we previously said, Distrolution is here to help you guys with your recent and upcoming news, so do not hesitate to reach out! Today, we’re (re) introducing you to the punk rockers Trophy Jump. The guys plan on releasing a split EP real soon. Learn more about this upcoming release below!

Band picture: credit to the photographer

Hello Trophy Jump, thanks for your time. Would it be possible to introduce your band to our readers?

Hi guys! We’re Trophy Jump from Zagreb. We play some kind of punk rock and you can hear our music for free in all the usual places. Feel free to hit us up on Facebook, we’re always down to clown J

How did you guys meet and how did your band form?

We’re all really good friends of 10 plus years, and we grew up involved in this amazing band called Jeboton. Which consists of a few dozen musicians and affiliates which are active in various bands of Jeboton. Those bands and their members are constantly shifting, so Trophy Jump was formed as a part of that concept 5 years ago.

How would you describe the punk scene in Croatia?

After a drought of new punk bands prevalent for some time in Croatia, it appears a bunch of new bands have formed and make new, original and fresh music. The same trend is apparent in all subgenres of the, so called, alternative music. The difference is that other genres got an equivalent response from the listeners. While the punk rock crowd is still pretty much enamored with the same band that have existed for years and don’t give that much attention to the newcomers, although that needle is also shifting slowly.

You’re about to release a split EP with Afewyearslater. How was the collaboration?

We’ve known the boys from afewyearslater for around two years, and we’ve been good buddies since we met. We live in different countries but have hung out for a good number of times despite that fact. So, even though they think our music is too slow and too much indie emo, collaborating with them has been really easy and a natural step for both bands.

How was the recording process? Any funny story to share with us from your recording sessions?

It’s really cool. We have our sound master Dominik as a part of our band, so we’ve done all recording and mixing DIY. It was hard to coordinate sometimes because he lived in Austria for a year. But it’s pretty chill to not have to worry about studio time or getting everything in a limited number of takes, and we have freedom to do everything exactly how we want to.

Can we talk about the EP’s artwork? What’s the story behind it?

The artwork was done by our good friend, occasional roadie and wonderful artist Ira Rumora. Her own words about the cover: “Its inspired by an episode of Courage the Cowardly Dog where they are attacked by squids from space (the space and the ocean are the same place generally). And the feeling of solitude comparable to being alone on a distant planet”. You can check out her stuff on Instagram (https://www.instagram.com/irarumorar/) 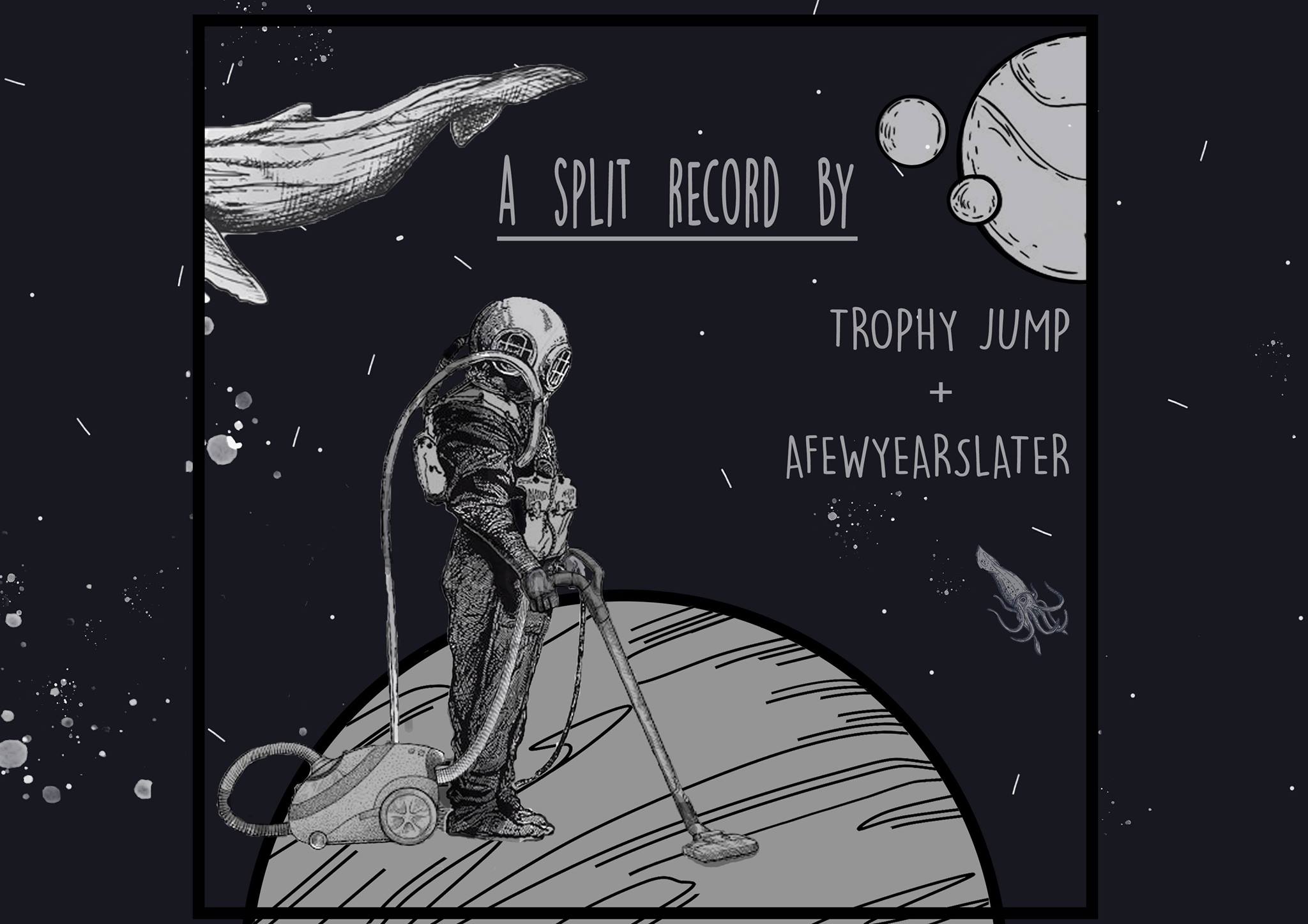 How’s your usual writing process for your songs?

There’s no answer for this question. Sometimes, someone comes with a full-fledged song we just have to rehearse as a band (usually our frontman Antun). Sometimes, someone just has a sketch or a riff on which we expand on together, sometimes someone has only lyrics which we incorporate into some song which is missing them. And sometimes we just jam a whole song and flesh it out through many rehearsals.

We would have loved to be able to announce our two spring and summer tours, but they will likely be cancelled due to the current situation, so be on the lookout for a few streamed shows we might do. And stay tuned for our first full length album which is supposed to come out in a course of a few months. It will be the best thing we’ve done with the band for sure. Other than that, be safe guys, be aware of other people in need in these dark times and much love from Trophy Jump xoxo.

Previous MPM Producer reveals his debut single, “Reborn”
Next Rockers Kitch are back with their second album, “Calame”