Home / Interviews/Rock/Indie rockers About-face talk about their album, “The Coming of Age”!

Indie rockers About-face talk about their album, “The Coming of Age”!

Heavily inspired by elements of the alternative and indie rock scenes beginning in the late 90’s and continuing through the modern era. About-Face formed in the early fall of 2016 and has crafted a style uniquely their own.

Hello About-Face, hope that you are doing good 🙂 Thanks for your time! Would you mind introducing your band to our readers?

How would you describe the alternative indie rock scene where you are based?

There are some incredibly talented musicians in the Omaha area. We’ve made some amazing friends that really push us to try and be the best we can be. Some local favorites include Dear Neighbor as well as The Real Zebos (about to drop their first album).

Your album, “The Coming of Age”, is available on major streaming platforms since January 11th. Can you tell us more about this release?

“The Coming of Age,” or at least the ideas that morphed into it, was originally formulated in the late fall of 2017. We had just wrapped up the recording for the final track on our original EP. True to our nature, we began immediately working on new material. The first song, “As I Am Now,” was completed before the year was done, and work had begun on multiple others.

Excited about the progression of the band over the previous year, we decided to try to write a full-length album rather than release the tracks as singles. The somewhat existential tilt of the songs we were writing seemed to combine with the feeling that we were maturing as a band in our sound and approach. Somewhat organically, we started to reference how the band was “coming of age”. And ended up running with dual meaning it held for us.

With the help of numerous Kickstarter backers, our recording engineer Jeremy Wurst. And more than a little assistance from our friends at Spotlight Omaha, we indeed were able to make “The Coming of Age” happen.

How long have you worked on this album?

Probably right under a year in totality!

Were you happy with the feedback you received from both your fans and the media?

We have been so happy with the feedback. Our album release was met with a sold out crowd at one of our favorite venues in Omaha.

What’s the story behind the albums’ artwork? Did you do it yourselves or was it made by a designer?

Great question! We wanted something that highlighted a similar overall vibe that the album had. Something that showed maturing or the idea of “coming of age”. We felt this photo alongside our recent usage of that lighter blue/teal color was a perfect fit for us! 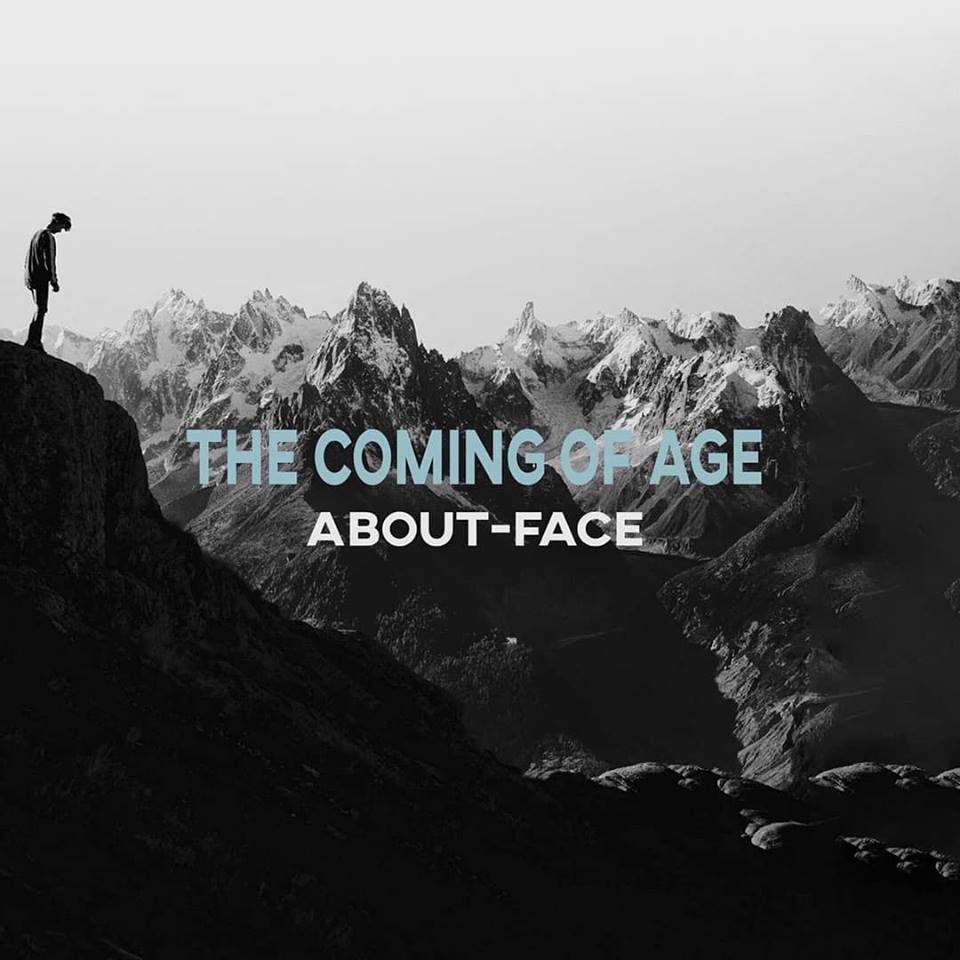 Anything else the share with us? If you have a message to convey, it’s now!

No strong message from us. Just thank you for reading and please listen to the album if you haven’t already! We are truly so proud of the work we’ve done.