We’re back with a brand new interview, introducing you guys this time to the Belgian rocker Shtevil. Check out the full interview below! 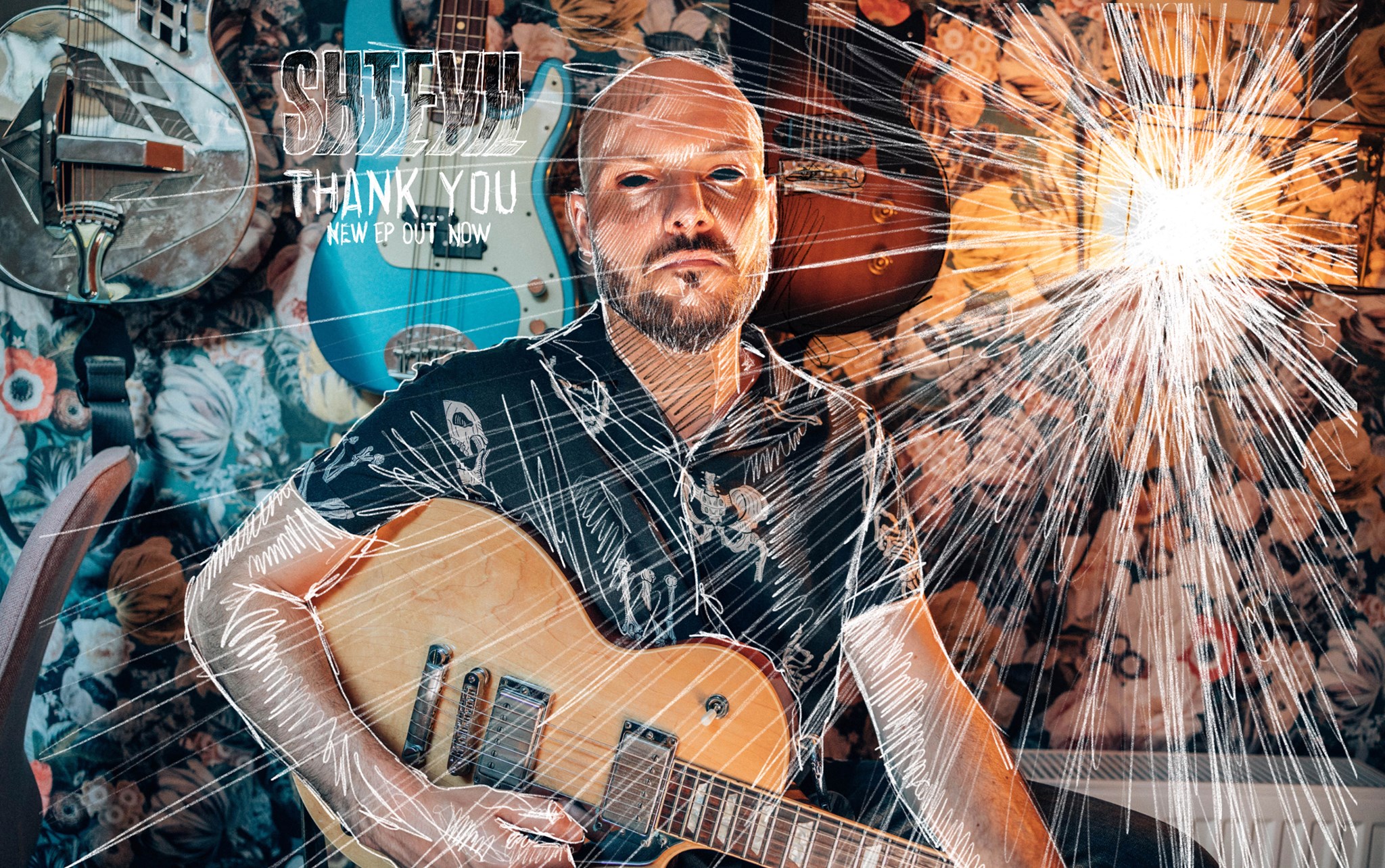 Hello Shtevil, thanks for your time. Would it be possible to introduce your music project to our readers?

I want to put out memorable ROCK MUSIC with eclectic well-crafted songs reminiscent of Jack White, Grand Funk, Jon Spencer Blues Explosion and even taking influences from stuff like Kanye West. Anything goes!

With a worldwide pandemic going on, how have you handled the management of Shtevil over the past few months?

Well, sometimes you gotta take risks. Like we did releasing this album hoping the pandemic would have been over and we could tour the hell out of of these songs.. But hey “You win some and lose some.” On the other hand it gave me time to write a lot of new music! Always keep on keepin’ on Hehe!

How would you globally describe the Belgian rock scene?

We’ve had some great bands that came out of Belgium that did amazing things internationally like K’s Choice or Triggerfinger. But it certainly has been a while since a Belgian rock band broke some big international barriers. I think it’s because rock has not been the main focus on the radio here. There has been some amazing pop, indie and dance music that came from Belgium but you can’t really say that there’s a rock scene over here.

You’ve recently dropped a music video for your single “Stink”. What’s the story behind this song?

Everyone knows those kind of people that just want to impose their opinion on others, even if that means putting down other people. That goes for people in higher places or just someone posting a bad comment just because they can. I think the chorus kind of sums it up. “Why don’t you think before you stink outta your mouth!”

This song is taken from your EP, “Thank You”. How long have you worked on it?

About a year and a half. Wrote a ton of songs then we got together with the band and went through them and picked the most cohesive collection of tunes. After that we laid down the basic tracks and I overdubbed & mixed everything in my studio over the course of 6 months I even drew the album cover. DIY all the way!

I usually start with a basic idea about what I want to write about and that will set the tone of the music. That’s why I also love co-writing. Just talking and throwing ideas around. I have some insanely talented friends who co-wrote some of the songs on the last EP. I got to mention the guys! Milo Meskens is a very talented singer songwriter who co-wrote “Drive it like you Stole it”, Jorge Van de Sande from the killer rock band Rhea co-wrote “Stink” and Tim Toegaert from Parlor co-wrote “It’s All Been Done Before” go check them out!

Is there one song that, according to you, best reflects the overall spirit of this EP? If yes, which one and why?

“Who I Am” has been the song that set the tone for the EP. It’s been an interesting couple of years with a lots of highs and very low lows. This song is about me looking at it with a different perspective. All the other songs are about events that happened in those years.

Play & create music from your heart and put it out there. Not because it’s hip or trendy or because you think it’ll bring you fame or money. People will embrace your music if it’s made from a sincere place and reject if it’s is not Make something that excites you and brings you joy, that is the pay-off.