One of our very last interviews of the year… time flies! We’re introducing you today to the French dark rock band Fine Lame. Check out the full interview below!

Hello Fine Lame. Thanks for your time! Would you mind introducing your band to our readers?

Raphaël: Hi, thank you for your interest in our music. We are Fine Lame, a French four-piece comprised of Mathias (keys, piano), Thomas (guitars, bass guitar, backing vocals), Frank (drums, percussions) and myself, Raphaël (lead vocals). We intertwine literary-oriented French rock and parlé-chanté with Anglo-Saxon-rooted performance poetry and rock music – so, from a myriad of references and genres (post-punk, jazz, art rock, noise…), we are trying to make it cohere in a feverish conjuration, a dark and haunted ceremony.

How did you come up with your band’s name?

Raphaël: Pure instinct. The cutting edge, the sharp of the blade- very adequate for the defining, radical music that we are trying to make.

You’ve released your debut EP a few weeks ago. How long have you worked on this release?

Raphaël: Quite a long time, actually. The very first work on our compositions happened a few years ago already (at a residency in a Maison de la Poésie, in Normandy), and we had complications later on with the pandemics and the release in general. The good side being: we’ve had plenty of time to refine the compositions, to work on the arrangements and polish our sound and ethos. So, we are both a very recent band with a very recent debut EP, but also, at the same time, have been working on our material for a while now!

How would you describe your writing process for this EP?

Raphaël: The text comes first. It gives out a global atmosphere, a general impression for the track-to-come. And we elaborate from that, with a lot of improvisation: on those musical improvisations and jams, I’ll try to read it out loud, find a flow, find melodies, and we’ll build further around that. From those many improvisations, we keep the textures and the ideas that we like, and build furthermore. It’s a very elaborative process, much more than just putting the text into music, the text also revolves back and changes with the music: we try to keep things as organic as possible.

Mathias: The music is grafted around the text – even though the text remains in motion afterwards. As for the first two tracks (which are really only one track), Nous tournons en rond dans la nuit…et nous sommes dévorés par le feu (“We go round in circles at night…and we are devoured by fire”), the music was first totally improvised and then fixed, to finally be rearranged and refined with time. In the end, this has been the case for most of the EP, except for “Follow me”, where the guitar drives the track.

You’re mixing French and English songs on this EP. Would you mind explaining this choice?

Raphaël: The baseline is, I am first and foremost a French poet deeply rooted in francophone references and influences, but trying to mix that up with Anglo-Saxon delivery and tradition in terms of spoken word and performance poetry. So, while exploring this particular tradition, quite evidently some texts sprout up in English, and we kept those too.

The English language has also been my first natural thinking and writing language from when I was a teenager (say, from around 13 to 17 years-old); which later on led to an identity crisis, resolved only by starting to write in French, to reappropriate the French language. It’s only natural that this process be visible on the EP.

Along with its digital release, this EP is also available in CD format. Was it important for you to have a tangible memory?

Mathias: Yes, I have a bit of a problem with the dematerialization of music. I like to be able to hold a tangible item in my hand.

Raphaël: It’s always important to cling on to something. 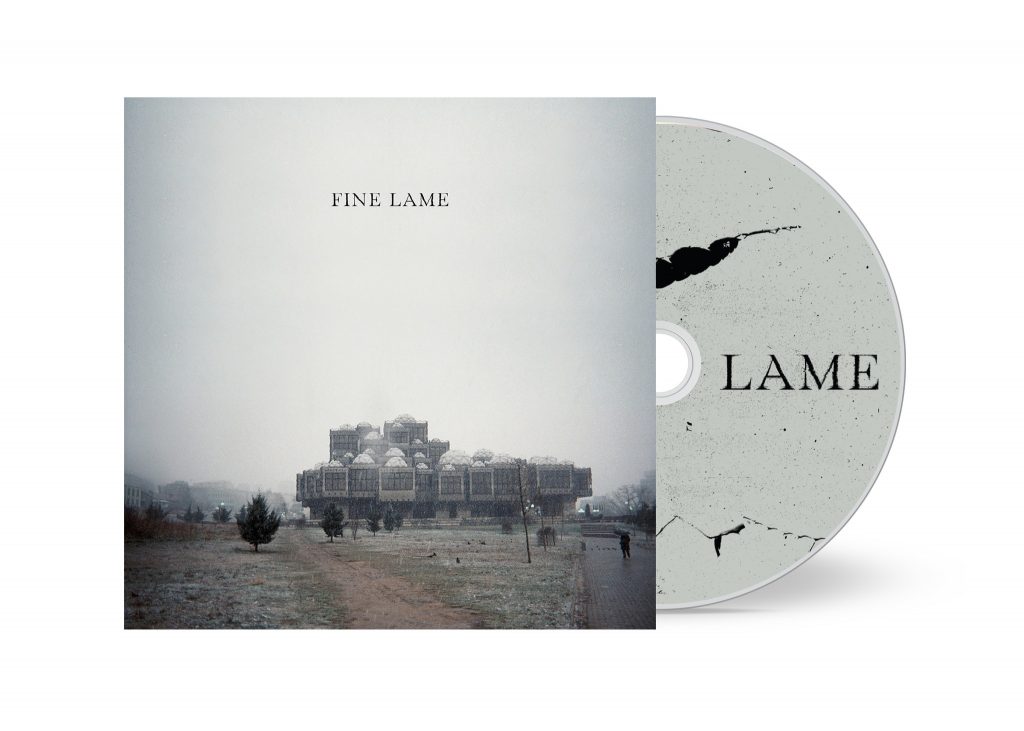 As a band, and music fans, what’s your favorite merch item and why?

Mathias: I have a pretty good CD collection at home! I also really like the vinyl format. I have a hard time with other merchandising (t-shirts, caps, etc.), it makes me feel like putting music on the sidewalk.

Raphaël: I feel the same. I really like CD and vinyl box-sets, the ones that give out bits and pieces that you won’t be able to find elsewhere, that enrich your musical experience and overall understanding of the work. For instance, in the CD boxset for Suppléments de mensonge, an album by French singer Hubert-Félix Thiéfiaine, next to the lyrics of a song called “Petit matin 4h10 d’été”, you’ll find this quote by Swedish writer Stig Dagerman: “To live is to postpone one’s suicide every day”. It puts a different light on the song, it makes sense.

To end this interview, please share with us your upcoming projects!

Mathias: We are thinking about releasing an album. We also have some new tracks recorded in live sessions that are waiting to be shared.