This is the first time I’m interviewing a band from Nashville, which is pretty cool. Huge thanks to Russ T.Shipp, vocalist and guitarist of the rock band Rusty Shipp for taking time to answer a few questions for Distrolution!

Hello Rusty Shipp! Thanks for taking time to answer a few questions for us, at Distrolution! Can you please tell us who is in your band and how did you put Rusty Shipp together? My name is actually Russ T. Shipp, hence our band name “Rusty Shipp,” and I do vocals and guitar. AJ Newton does the drums, Elijah Apperson does the lead guitar work, and Michael Craft plays bass.

Your band is based in Nashville. I’ve never been there but how would you describe the music scene over there, in general? It’s extremely competitive, with so many artists over here of every genre. There are a ton of rock bands, but not nearly as many as the country artists here. I’m glad I’m not a country artist!

You recently dropped a video for the song “SS Naronic”. Can you tell us more about this song? What’s the story behind it? SS Naronic was written to be the quintessential Rusty Shipp song, so naturally it’s about an actual, historic rusty ship. The SS Naronic vanished in 1893 and the only evidence of what happened to it is from messages in bottles that washed up on shore months later. I took the messages in bottles and turned them into the lyrics of this song. As far as the music, I tried to make riffs that sounded like a ship sinking, so I turned off all the lights in my room and watched sunken ship videos on YouTube while coming up with these grungy, reverbed-out guitar riffs.

This song is taken from your debut album “Mortal Ghost”. Can we talk about this release? For those who haven’t heard it yet, how would you convince them to check it out? Or at least, what kind of songs can we expect on this record? I guarantee that you’ll find this album to be one of the most unique, interesting, and ambitious albums you’ve ever heard. The song concepts, such as SS Naronic which I just mentioned, are all really creative, all the songs have melodies at their core that are as catchy as the Beatles, the guitar riffs are very interesting and creative but they also rock out with heavy energy, and the overall sound of the album has this high-energy grunge rock sound with reverby surf-rock sounds and ghostly vocals to make it sound like a sunken ship underwater with its deceased crew of ghosts singing.

Speaking of your debut album, can we please talk about the artwork? Who created it and what does it mean to you? I indeed think that it’s a really good artwork! Hein Zaayman of Vohnic Arts created it. He’s my favorite artist and I love his style. It fit the concept and the underwater, ghastly feel of the album’s music perfectly, emphasizing the creative, artistic, thematic elements to the album with the sunken ship, the pirates, and the ghost. He also created our illustrated, animated music video for SS Naronic, featuring the same characters and circumstances as the album cover, so he basically brought the album artwork to life with animation to tell the story surrounding it. 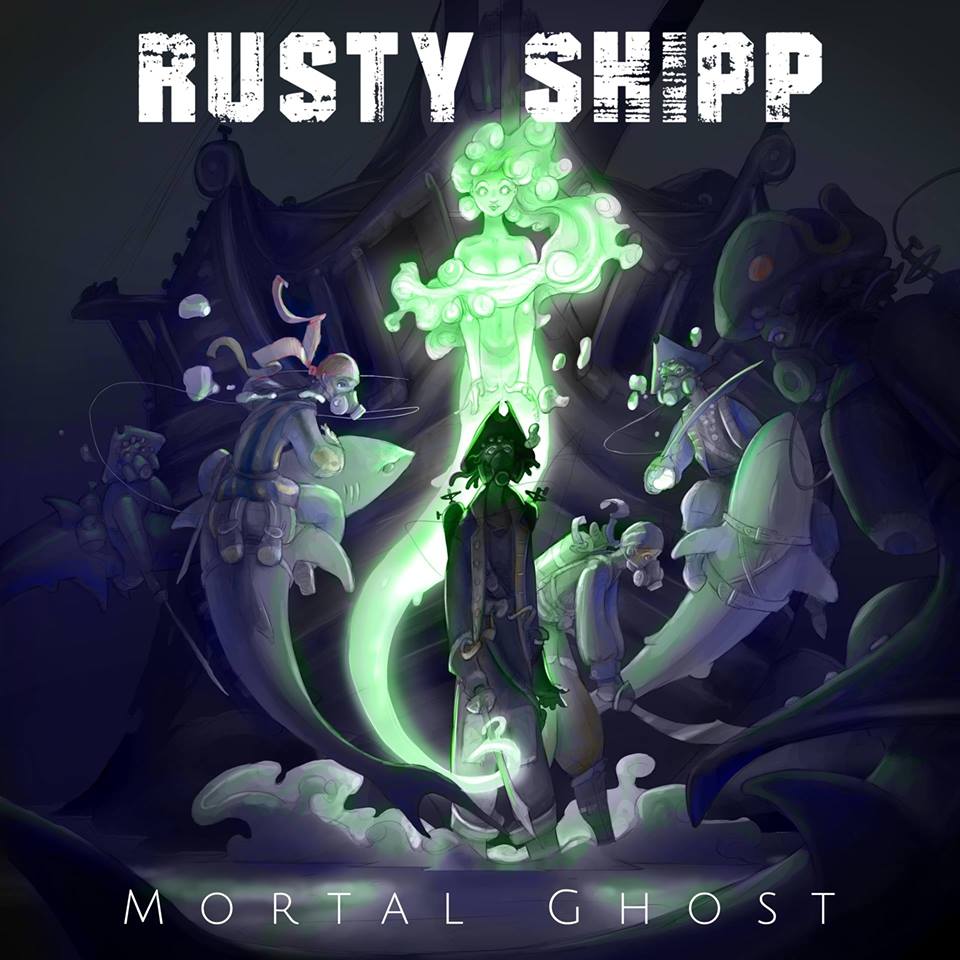 Last but not least, what can we expect from Rusty Shipp in the near future? We are still hard at work promoting our album since there are still so many people who haven’t heard it yet, but beyond that we’re going to start releasing some brand new singles this year and an EP at the end of the year!

Thank you for your time!