We Have the Moon announce new album “Till the Morning Comes”

Rockshots Records is thrilled to announce the signing of Italian partycore misfits We Have the Moon for their upcoming debut album “Till The Morning Comes”. Inspired by the fresh sound and attitude delivered by bands such as Asking Alexandria, Attack Attack! and Eskimo Callboy, We Have the Moon delivers tunes that experiments with metalcore, dance, pop and electronic music to arrive at their sound dubbed partycore.

Featuring 11 non-stop tracks, the concept of the debut album is to take listeners on the various stages of one long party night, from the entrance at the club to the time you get back home in the morning, stumbling on every step. The debut album is set for release on February 23, 2018, via Rockshots Records and follows their fan loved singles “Killer Party” (2017), “Unreasonable” (2016) (which appear on the album), “Blue (Eiffel65 cover)” (2016) and 2015 EP “Scream and Dance”.

“We think our fans will love the upcoming album: the new sound delivered by first our first single Killer Party was really appreciated, so we felt confident in going that direction to writing our other songs. However, we did experiment during the composition of the new tunes, which we took a serious approach to, but also had lots of fun writing. We want fans to fill the energy, fun and engage it good times while listening to it.”

To get the party started, WE HAVE THE MOON are sharing their next music video “Definitely Not A Serenade”.

Plus their music video for their first single “Killer Party”. 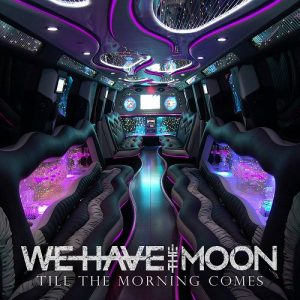 Previous Another day, another band. Meet the Italian pop punkers The Others!
Next BOSS KELOID announce further album details