Melted Space is proud to unveil the teaser of its new album “Darkening Light” scheduled for March 23rd as well as the list of singers present on this new opus. 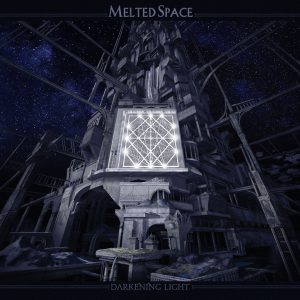 Artwork was created by Adrien Bousson.

Melted Space‘s Darkening Light features very immersive artwork, perfectly reflecting the atmosphere of this new opus, centered on the creation of the world and the rejection of the gods by Man, created by Adrien Bousson (St Vitus, Necrophobic, Khonsu, Septicflesh…) . Darkening Light was recorded and mixed in France by François-Maxime Boutault and mastered by Alan Douches at West West Side Music in New York, with additional contributions recorded abroad in Czech Republic, Sweden, Norway, Greece, and the United States between June and September 2017.