“We wanted to make a long, epic, atmospheric composition, without forgetting a heavier approach. One could maybe find some influences from Finnish bands Sentenced & Swallow The Sun. During the recordings we heard saddening news that one of our friend departed this life so this track is made in memory of him. This song will take you for a moment to a music trip where the waters of Tohtaa will flow forever”, say the band’s drummer Sami Vertanen. Mixing is handled by guitar virtuoso Lassi Tiainen (ex-Drawn Awake).

ABOUT THEIR NEW SINGER

Blood Region is also announcing their new singer 29-year-old Ira Green, known from “Voice Of Italy”. Ira comments an upcoming album project: “I’m excited to join this project! It’s always interesting mix different kind of sounds and moods and I already know that it would be fun. I started with music 12 years ago but it’s always a good choice to embrace something new and I hope to come soon in Finland, Let’s go guys!!” 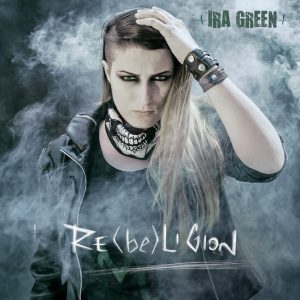 We have long considered what kind of vocal sound we’d like to have on our upcoming album and we thought that Ira’s voice was more than perfect to it. New single with Ira on vocals is released pretty soon and full-length album will follow later in the fall.