The latest visual cut from Cannibal Corpse is from the mind of horror FX veteran Doug Sakmann. The concept builds upon the world brought to life by Zev Deans in the previously released “Code of the Slashers” video. But adds significantly to the visual gore department. 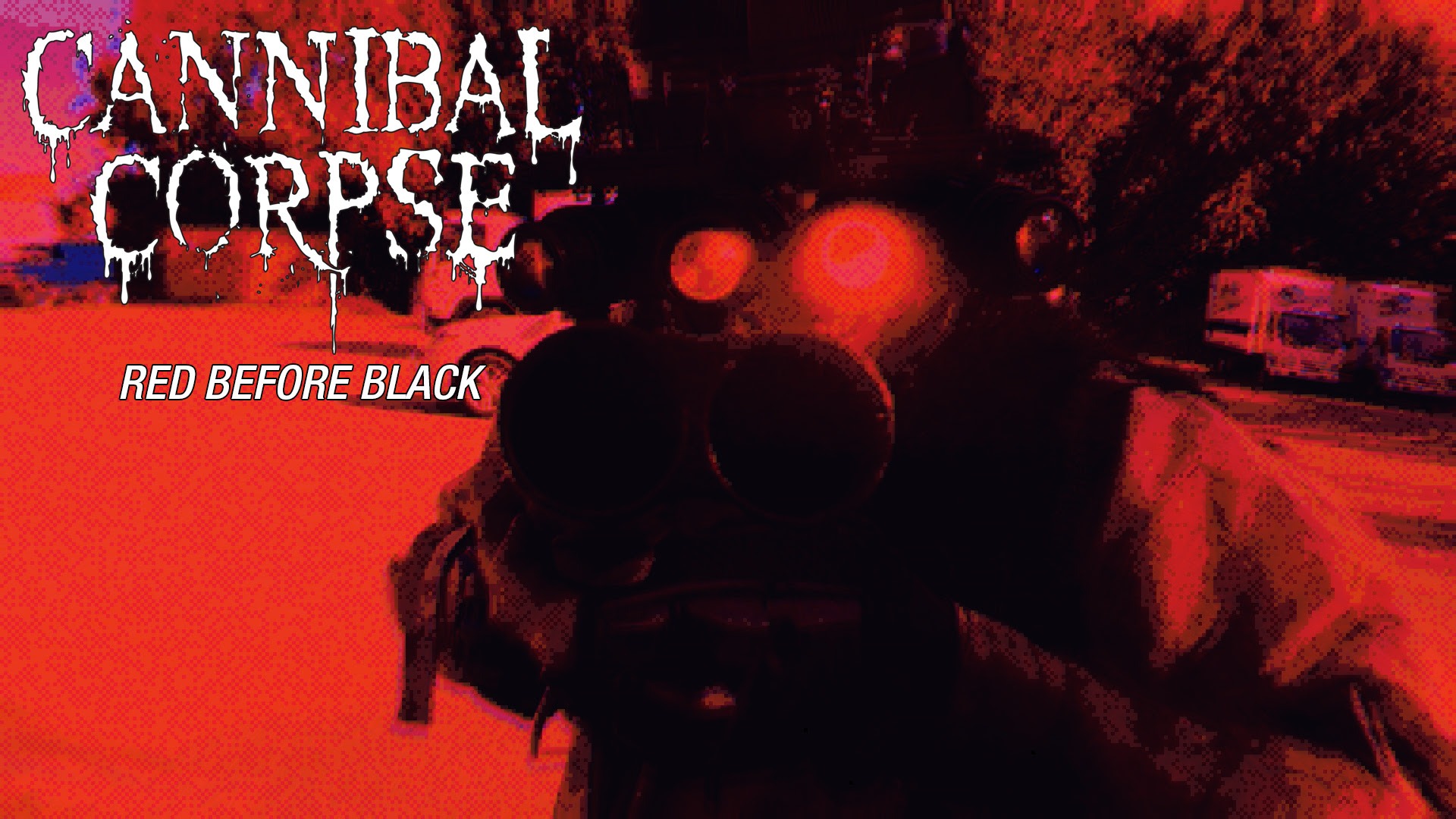 The video stars adult performers Nadia White and Talia Satana, as well as actresses Sonja Century, Kim Reo, and actor Alex Webster as the final kill of the video.

“Throughout our career we’ve tried to improve the precision of both our musical execution and our album production, while still maintaining full-on aggression. “Red Before Black” continues in that direction, but might go even further on the aggressive side of things. It’s definitely precise. But it has a rawness to it that goes beyond anything we’ve done recently,” asserts bassist Alex Webster.

“We really worked super hard crafting these songs, practicing them. And getting them where we wanted to be more so than on any of our previous albums,” adds drummer Paul Mazurkiewicz. “And as Alex said, musically I think it’s the most raw sound we’ve had. And at the same time, I think it’s our most focused, tightest and catchiest record.”

Previous Nihtwintre reveal their split with Albanach ar Dheis!
Next Dog Bless You are ready to unveil their new album!