Chthe’ilist streams his EP ‘Passage Into the Xexanotth’ in full

The new Chthe’ilist EP “Passage Into The Xaxanotth” is a two-song EP released on 7” vinyl and digitally and marks the second 7”. It consists of the title track which is a new Chthe’ilist unreleased track that has its origins even before the ‘Le Dernier Crepuscule’ sessions, the Chthe’ilist debut album that made a huge impact on the death metal scene in 2016, resulting in one of 2016’s most praised death metal monuments. The EP also consists of a cover of the cult Swedish death metal band Crematory’s “Beneath The Crypts”.

‘PASSAGE INTO THE XENATOTTH’ STREAM 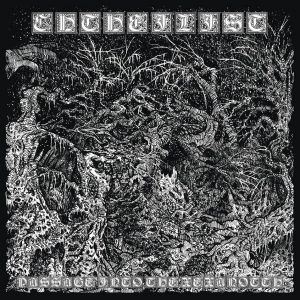 The artwork was designed by Yuri Kahan.

1. Passage Into The Xexanotth
2. Beneath The Crypts (Crematory cover)