Death metal band Svarthart is working on a new album

We’re happy to announce that Svarthart, the Belgian doom, death metal band, is currently working on a new album! Yes, you heard me correctly, we can expect a new album for 2018. Awesome, isn’t it? 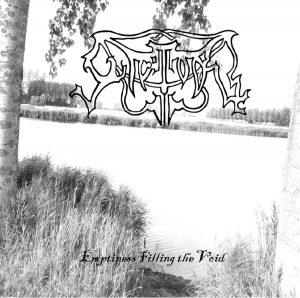 The band’s debut full-length “Emptiness Filling The Void” was originally released in digital format back in 2016. Currently, the band is doing as much live performances as they can and are currently working on a new album, that we can expect for 2018!

“The new songs we are currently writing are mostly in the style of the first record. Also there will be a few ambient tracks in between the songs,” reveals Svarthart.

When it comes to comparing the upcoming songs to the band’s older ones, Svarthart states:

“We are focusing more on the melodical parts, combining lead guitar melodies with heavy rhythm guitar riffs. Also there will be more parts with double bass drums to sound a lot heavier, because there weren’t a lot of fast parts on the first record.

The faster, heavier parts work out really great when playing live. Because we are playing some more shows, we also tend to focus on songs which we can play live,” explains the band.