Italian metal band Forbidden Seasons will make their anticipated return this year with the release of their debut full-length album, “Promise”.

“Promise” will be available on March 16th from This Is Core Records. Today, the band has partnered with NewNoiseMagazine.com to premiere the album’s first new track, “Thank You For The Venom.”

Forbidden Seasons formed in 2016 and was made up by 5 members, Mark, Symon, Danny, Paul and Fede. The band made a quick impact with their first single “Illusion” in 2016, which was followed by the release of “Paramnesia” EP in January 2017.

Thank You For the Venom Stream

“The song “Thank You For The Venom” talks about an ill relationship with someone very dear to me. They played with my life; tried to take advantage of my weaknesses and of my unconditional love and all they did was turn my love into hatred, into venom, consuming my soul. When in times of need this person tried to get back in touch, however they managed to make me feel even worse. They made me numb even though in my veins flows their own rotten blood.” – Mark (vocals)

Combining elements of metal, metalcore and post-hardcore, Forbidden Seasons crafts a well-balanced sonic assault that is equal parts vicious and melodic as heard on the band’s standout, first track “Thank You For The Venom.” 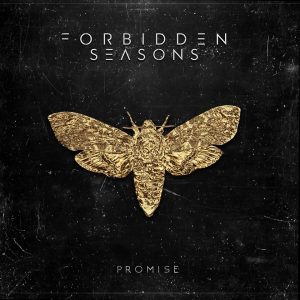