The Galactic Cowboys are back! 17 years have passed since their last album “Let it Go” was released in 2000.

The Galactic Cowboys stand out with their own musical style: progressive metal tinged with melodic Thrash with groovy rock sonority, all in a quirky and humorous universe.

Because of their originality, the band didn’t have any trouble to seduce an audience very quickly become fan, but also to be very appreciated by their peer. Mike Portnoy, former drummer of Dream Theater and big fan of the Galactic Cowboys say :

“GALACTIC COWBOYS were (and still are) one of my favorite bands to emerge from the nineties. Superb song compositions, brilliant musicians and euphoric harmonies. They have always been criminally underestimated and neglected, resulting in their premature disappearance in 2000. My last seventeen years have had a hole in my musical palace without them and I couldn’t be happier when they announced their return! Welcome boys… I missed you!”

In early 2016, the band brought together singer Ben Huggins, drummer/singer Alan Doss, guitarist/vocalist Dane Sonnier and singer/bassist Monty Colvin to write and record in Doss’s studio in Houston, Texas. Today, they are finally back with “Long Way Back to The Moon” released on November 17th via Music Theories Recording / Mascot Label Group.

“It was an absolute pleasure to get together with the guys to record this album. I think we’ve all grown up as musicians and people since we first met in 1989, and I think our fans are going to love this new thing.”

In order to make you wait for the release of this new album, we invite you to watch the clip “Zombies”: 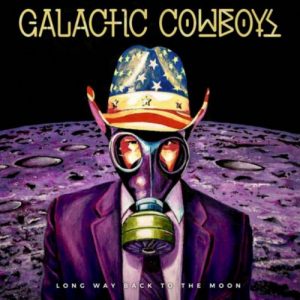