Learn the story behind Blood Rust’s single ‘The Reaping’

BLOOD RUST and the debut album old metal is the twins, Dave and Don Runyon’s first collaboration. They indeed write and play constantly and the next album as yet untiled is set to drop this fall. The band recently unveiled their single ‘The Reaping’, that you can indeed stream below!

“The original main riff was written shortly after Metallica had released there album “Hardwired to Self-destruct“, we are huge Metallica fans. Dave indeed wrote the riff using an ESP KH 202, not LTD BUT ESP, he is quick to point that out.

Then it got put on the shelf until killing spree records wrote to us about being included in an upcoming compilation album. 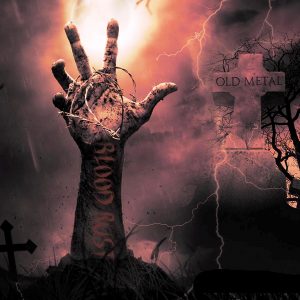 We wanted to send killing spree everything we had that we deemed worthy, so we said: “Hey, what about that riff that we were gonna turn into “THE REAPING” so we pulled it back up and listened to it again and said “we should finish this”.

So that’s what we did. What “THE REAPING” represents mirrors the message conveyed in several of our songs. Quite frankly put “in a world of have not’s it’s sometimes dangerous to be of those who have“.

And those in positions of wealth and power who abuse it can have it taken away.people should never fear their government, a government should always fear the people,” reveals Dave.