Finnish modern melodic death metal band Mors Subita release second single “Into the Pitch Black” from their upcoming eponymous album due to be released in April 6th, 2018, by Inverse Records.

“INTO THE PITCH BLACK” SINGLE

” “Into the Pitch Black” is a relentless album. It sticks to your head like a nail and does not give up until you’ve given it enough spins. We definitely went back to our roots with amping up our melody-game. We also wanted to furthermore increase the hostility of our riffing and drumming so there’s a lot more brutality to accompany the nice melodies. This album without a doubt our strongest and most versatile album yet – it sounds like the work of totally bipolar band but somehow it all flows together very well.” 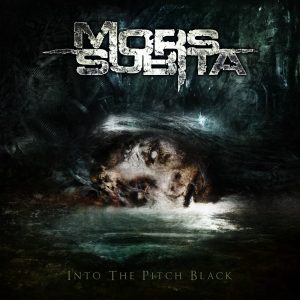 The album was recorded at the legendary Tico Tico Studio in Kemi with Ahti Kortelainen (Kalmah, Impaled Nazarene, Sentenced) with additional arrangements recorded at the Demolition Center in Oulu by Mika Lammassaari. Mixing and mastering for the album was done at Illusia Productions by Stefan Pommerin.