The Florida metal band Ornimental released a lyric video for their single “Love Thy Enemy”. 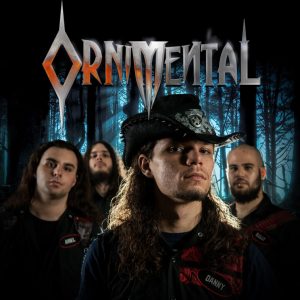 Ornimental is a band whose mission is to put punch groove, originality and excitement back into the metal where it belongs.

The name of the group comes from the Latin prefix Orni (to celebrate or decorate) and the word mental root (of intelligence or madness).Faithful to their form, they offer an intelligent and possessed sound that celebrates the origins and foundations of hard rock and metal.

They produce Hard Rock at its most fundamental level. However, the song writing and arrangement have a classic, even blues groove side, reminding the listener of a perfect marriage between Eddie Van Halen, Zeppelin and Beethoven.

There is also an underlying undercurrent of deeper blues in the band’s original music. All this to pay tribute to Eddie Van Halen, Eric Clapton and many other legends.

Ornimental’s music has a modern influence that is subtly inherited from avant-garde bands like Disturbed, Five Finger Death Punch and Trivium.

ARTWORK of “Love Thy Enemy” 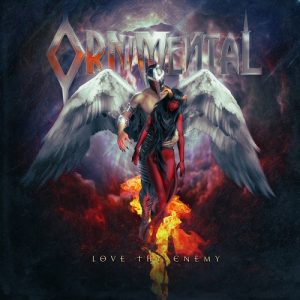 “Love Thy Enemy is about somebody that betrayed someone so bad that they could start dedicating their life to start a war with them. It could start as revenge with that prideful, arrogant person, but decided that the righteous path of love is better for both sides. ” – Ornimental