Inverse Records are proud to announce the signing of Italian post-apocalyptic thrashers Revolutio, the band will be releasing their new album “Vagrant” in fall 2018. Revolutio‘s music is an evolution of thrash/groove metal infused with post-apocalyptic and introspective elements, and describes the decay of modern age and the rise of a new era of man.

The album has been recorded, mixed and mastered at Audiocore Studio (The Modern Age Slavery, Raw Power, Dark Lunacy) 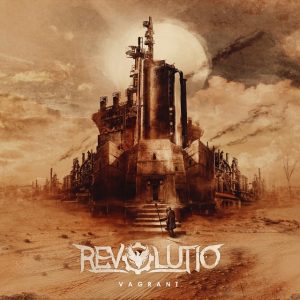 The artwork has been created by the Russian studio Mayhem Project Design.

Previous Audio Karate are back with a special reissue of “Space Camp”
Next Doc Rotten unveil new EP and announce tour dates!