After release a demo named “The Shatter Brain Demo”, Shatter Brain reveal the videoclip of “Rip the Stitch”.  The demo is available on physical, digital and streaming formats via BandCamp, iTunes and Spotify.

Hailing from Adelaide, South Australia, Shatter Brain are comprised of members of some of South Australia’s most successful heavy bands including Alkira, Infiltraitor, Mammoth and Voros.

The band draws together an eclectic but coherent range of influences, seamlessly blending fast, razor-tight rhythms with laid back grooves, and boasting diverse vocals that move from ear-piercing highs to sewer-dwelling lows. Their sound is reminiscent of its contemporaries, such as High on Fire, Kvelertak, Black Breath and Power Trip, with the occasional nod to classic metal and crossover.

Throughout late 2017 the band worked tirelessly behind the scenes to record a four-song demo, which was recorded and mixed by guitarist Jack Hartley and mastered by Joel Grind (Toxic Holocaust, Power Trip, Cavalera Conspiracy) in the USA.”The Shatter Brain Demo” captures the raw energy of the band and gives the listener an indication of the Shatter Brain live experience. 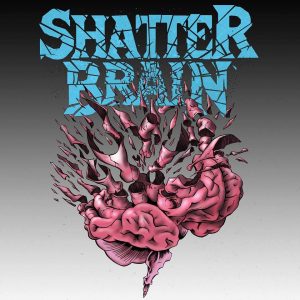 To accompany the release of the demo, Shatter Brain and Brett Hookham recorded a video clip for the debut single “Rip the Stitch”, which features footage from the recording sessions and the rehearsal space.

Previous Stream now Moose Blood’s latest single “It’s Too Much”!
Next The Offspring to hit the road in Europe!