For a preview of ‘Warning Blast’, you can watch the video for the first single, “The Cold Room”.

Siege Of Power comments: ” “The Cold Room” is the first official video from Siege of Power. Just like our audio terror we prefer to keep it simple and straight forward. “The Cold Room” is also the slowest track on our album alongside with the title track. This song might confuse people about the rest of the album which is totally fine by us since it shows the diversity of our debut. Doom, Death, Thrash and punk, it is all there! In the meantime, we hope you guys and girls enjoy this doomdozer called ‘The Cold Room’ and stay tuned for more.”

No bullshit compromises of any kind whatsoever. That’s what Siege Of Power is all about! Siege Of Power started in 2013 as a project without any expectations. Shortly after releasing a split album it was left for dead, buried and almost forgotten until the rotten corpse was exhumed in 2017. This resulted in a no-nonsense extreme metal album mixed with several doomdozers. Influences vary from Carnivore and SOD to Discharge and Amebix, done in their own style. 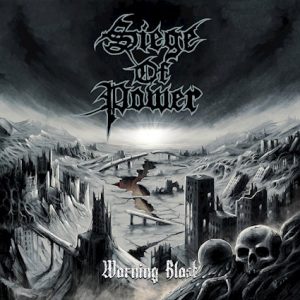