“Reveal is the most anticipated album for both the fans and the band itself. New material is already being prepared. Hopefully, our touring plans get some wind in its sails.”

”Reveal” is a science fiction story about a large information technology company ”OMEGA’s” former employee who finds himself locked in a mental asylum and is even sentenced to death. After he escapes the asylum, he starts to find out what is really going on and what is the biggest interest of OMEGA’s artificial intelligence project. The fears of the future seem to come true meanwhile the humankind is driving itself towards definite termination. The story goes on and a lot of plot twists are going to happen. How big is the urge to create something that humans don’t fully understand? What is going to happen to our hero during his journey finding out the origin of everything.

Mixed by Elmeri Kinnunen
Mastered at Finnvox by Mika Jussila 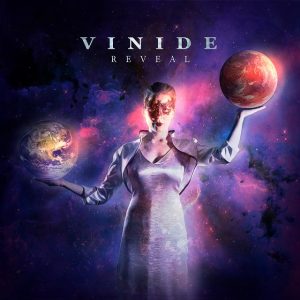 Recording, mixing and producing the whole album Elmeri Kinnunen also has composed the pieces in collaboration with guitarist Mikko Kähkönen and keyboard player Heikki Polvinen. The final touch was given at Finnvox Studio by Mika Jussila mastering the album.

Previous Thousand Oaks unveil split with Too Close To See!
Next Dani Llamas is coming back with a new solo album ”Dead Labor”