Punk rockers Such Gold and Koji kick off UK tour!

New York State’s own melodic punks, SUCH GOLD and now Brooklyn resident, KOJI return to the UK. They’re indeed kicking off an extensive tour that hits every corner of the isle throughout January.

“I have been playing shows in the UK and Europe since 2007. I’ve toured there with Into It. Over It., Geoff Rickly of Thursday, and Bob Nanna of Braid/Hey Mercedes, but now, I’m absolutely thrilled to be coming back to the UK with some of my best friends in music, Such Gold, before heading to the mainland again for my headline shows.” 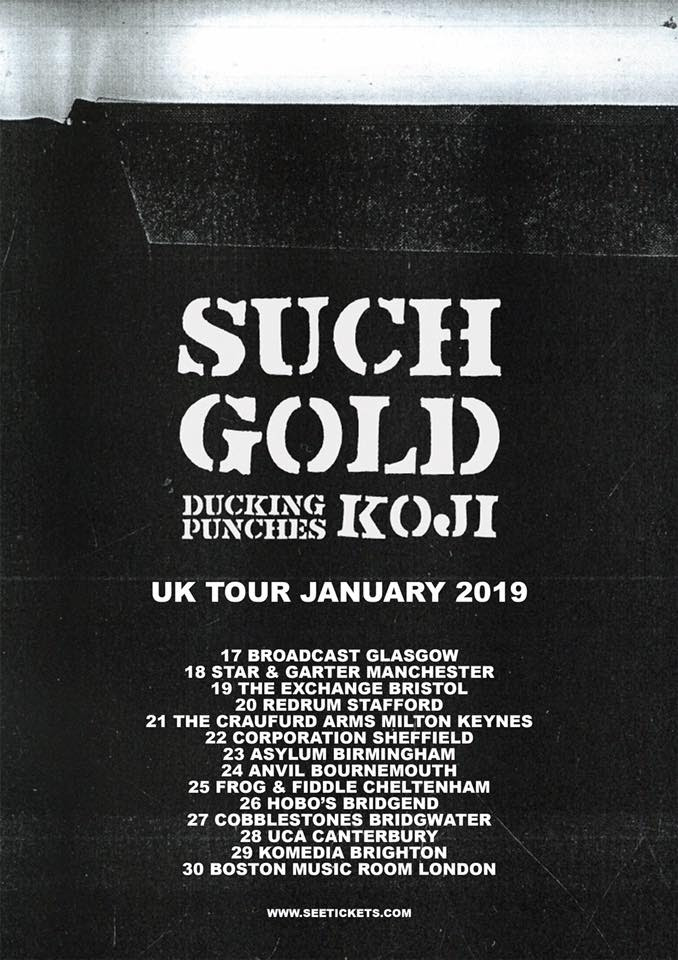