Home / News/Punk/Stream Sunset Radio’s album “All The Colors Behind You”!

Stream Sunset Radio’s album “All The Colors Behind You”!

Sunset Radio’s second album, “All The Colors Behind You”, is now available via This is Core and Far Channel Records. 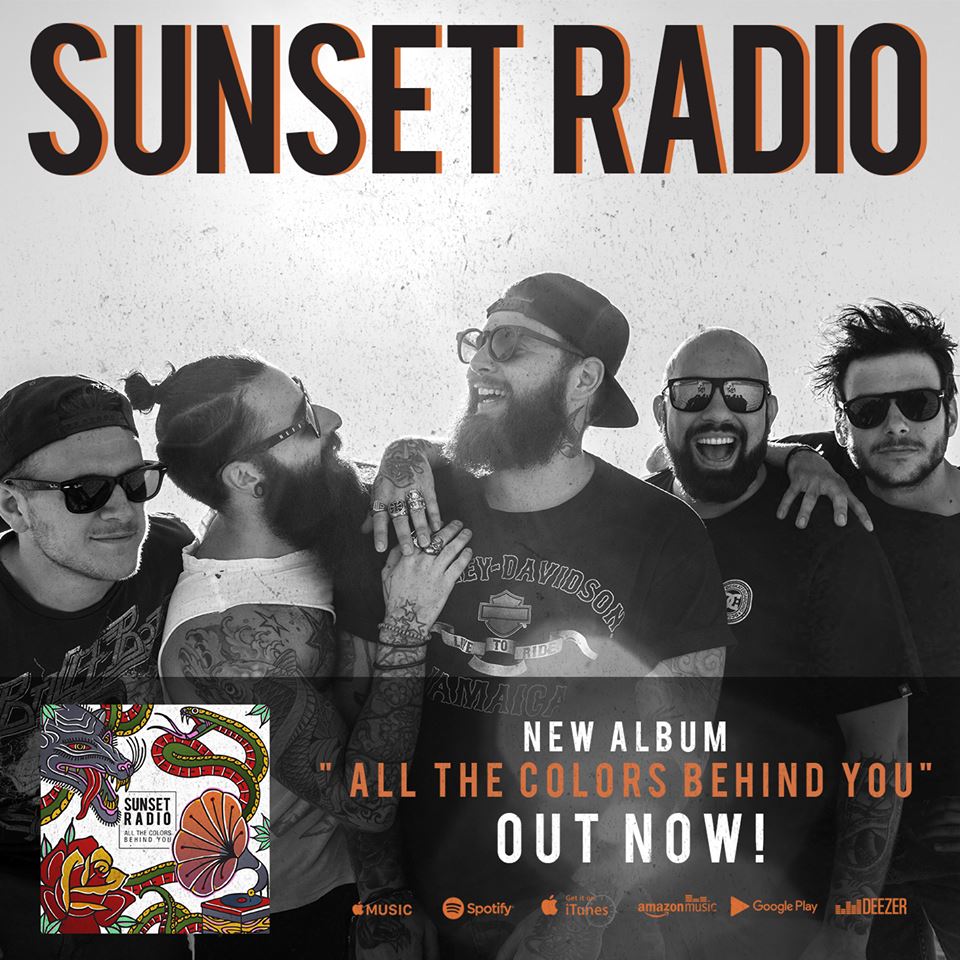 “The whole album is a step forward from our last record “Vices”. We were influenced by pop-punk bands like State Champs, Neck Deep, Real Friends. As well as hardcore punk legends like No Use For A Name. Our goal on the new record was to blend this two worlds in one”.

“All The Colors Behind You” was recorded at Studio 73 by Riccardo Pasini, who also recorded the first album “Vices”.

“During the writing process we collaborated with Fabrizio Pan from Melody Fall, that helped us finding the sound we were looking for. We’ve had around 15 songs in work, from which we selected 11 for the final tracklist. The title ‘All The Colors Behind You’ wants to express the feeling that people wear Masks in their lives, so is not easy to see their true colors and really know them” said the band “The record and the lyrics also have a lot to do with love, and the way It affectes our lives and our Daily routines”.