Hopeless Records‘ WSTR and Rise Records‘ Chapel have been announced as support for The Faim’s upcoming European tour in February.

The Australian wonderkids will be taking the two bands to the Netherlands, Germany, Italy, Austria, Switzerland, France & Spain. With a few shows already sold out and another two moved to larger venues.

WSTR released their debut record “Identity Crisis” last August. While Chapel are poised to release their dayview in 2019. Their EP “Sunday Brunch” can be streamed here. 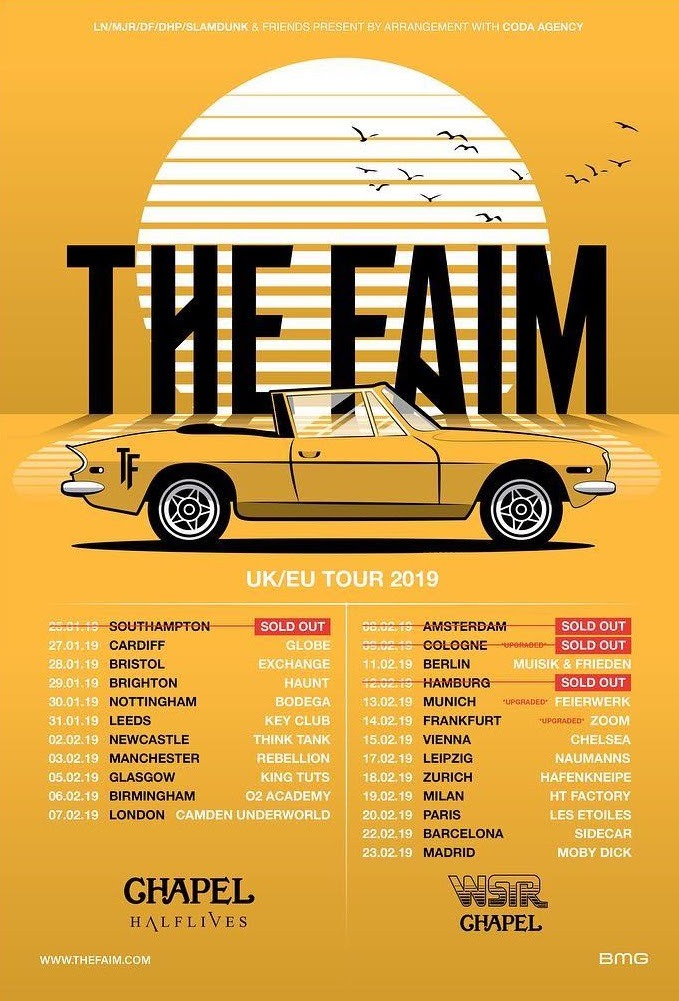