BEDTIMEMAGIC / Easter Bloodhounds split “Turn The Bass Down, You Fucks” will be out in the late Spring! It will be available as digital download, 10-inch vinyl and on streaming services. 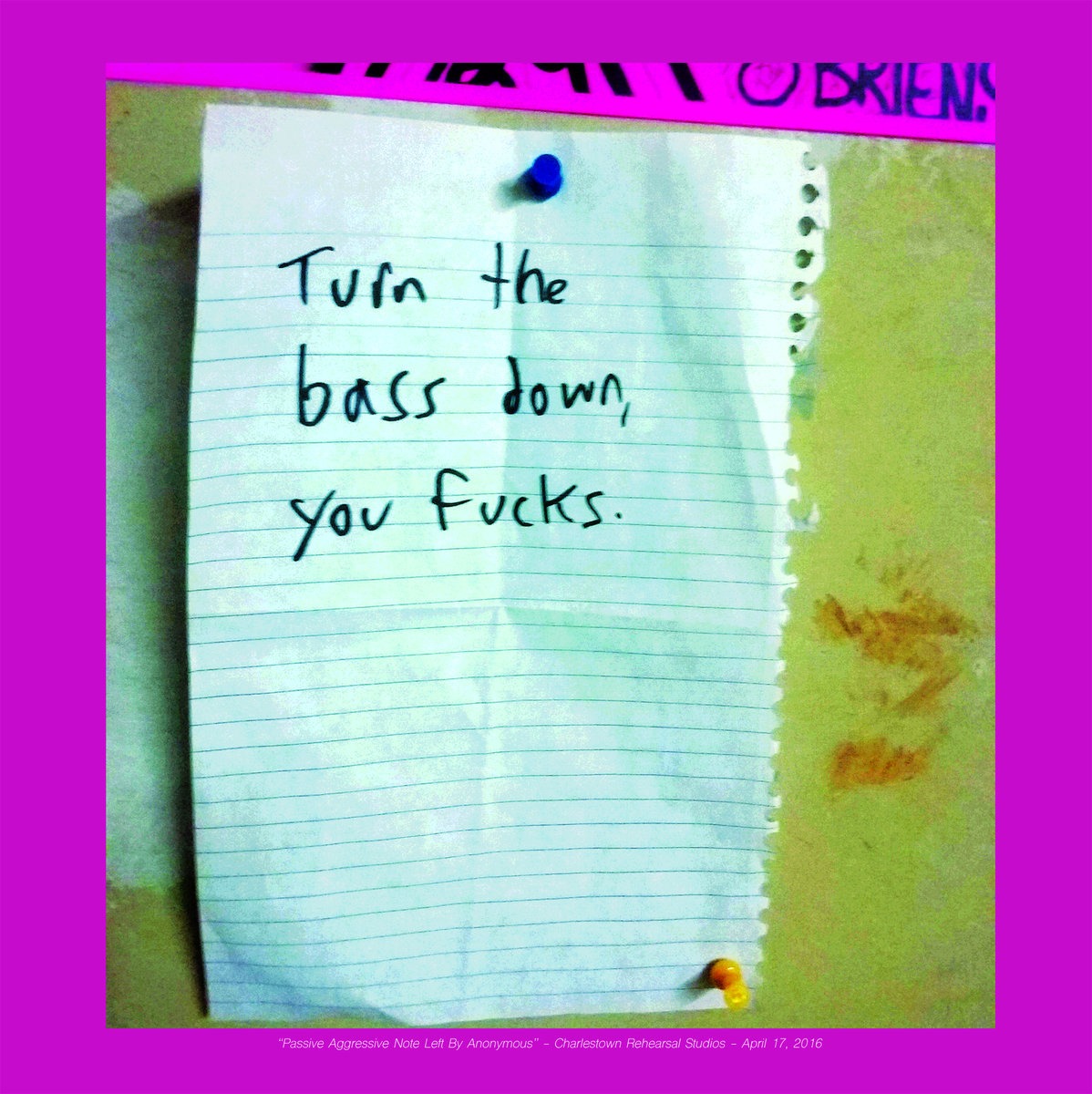 What we have here are seven songs of trashed out, noise-laden rock ‘n roll. Interwoven with gristle bass lines, feedback showers, drums ignite and burn across every single track.

BEDTIMEMAGIC’s two-dog trash rock brings the beast on side “A”. Four cuts of melancholy dystopia from a two-person band. “King Size”, clocking in at just under a minute, is a ballad of disdain. Grief casts overtones of frustration into the mix, with the bass and drums duo colliding into “CPAP”. Faster in rhythm but slightly longer in duration, coughing up a garbage aria about alcoholism, self-hate, and living to die. “Guest Cot” pushes the clock further along only to stop short at the end of a drone segment. And “W.I.L.D.” does speed trials into a ditch.

Easter Bloodhounds does not pull any punches on side “B”. Eating away at your psyche, these three degenerates chew up riffs and spit them back out all over the sonic spectrum. Aarne pumps low end like a coked-up gas station attendant hell bent on dousing your car. This guy eats only 7-11 hot dogs, so better drive safely! Jon Christopher holds nothing back on “Going Down”, begging you to bury his body at the very least six feet below. The guitars are so saturated and resonant that they will solicit animals in your neighborhood to bark for the full duration of this vinyl.

“On Fire” cranks more fuel into the pyre with Jon Somers pissing on to your hopes and dreams. He hits the skins and I’m not talking about pork, though Somers is an avid meat smoker and BBQ Pit Boss. The last track, “D.I.Y”, has been a set closer for EB for the past few years. It finishes with the guitar canvas locking into a groove. And sitting there until you leave your damn chair to turn it off.

Side B – Easter Bloodhounds
(easterbloodhounds1.bandcamp.com)