The Slyde announce Canada tour dates for May and June!

Following up with 2017’s EP release “Back Again”, Toronto melodic proggers THE SLYDE return with their first full length effort titled “Awakening”.  The band indeed dropped ten tracks of their intricate, contrapuntal prog rock that they’ve honed over the last decade today, May 18, 2018.

In support of the release, THE SLYDE will be performing show dates in Ontario and Quebec during the months of May and June.

“We’re always pumped to hit the road and play new tunes, and this time we are extra excited with the upcoming release of our first full length record, ‘Awakening’.  The Quebec-Windsor corridor has been our lifesblood for touring since we started in 2009, so we are very familiar with this circuit.  We’re also playing some venues (Les Katacombes in Montreal) and cities (Niagara Falls) we’ve never played before, so we’re anxious to get out there and play for the people. Party on Wayne!” 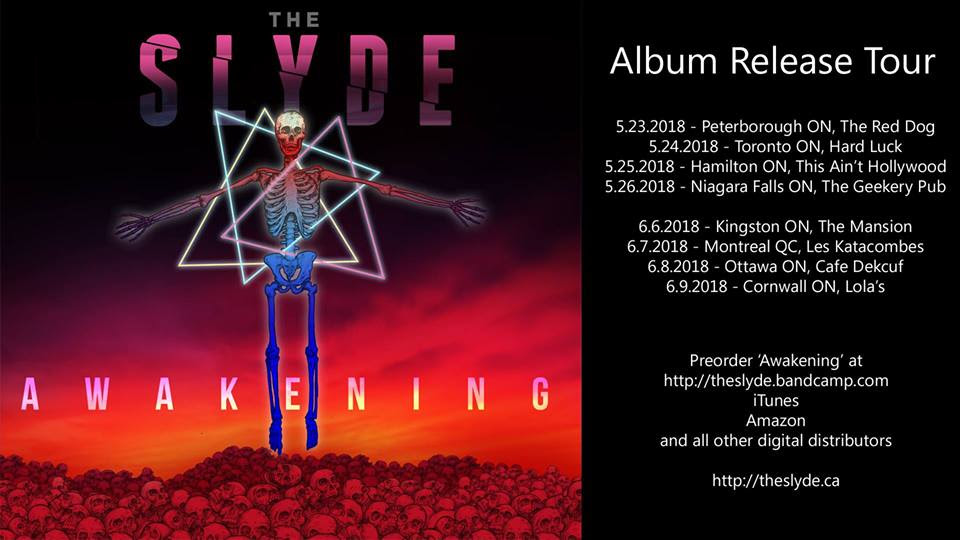