The Used announce European tour dates for this summer!

Hopeless Records’ band The Used have announced European dates for August, in support of their seventh album “The Canyon“.

Written out of pain and loss, “The Canyon” is tragic and haunting whilst also having a sense of light and energy that is unlike anything the band have ever done before. ‘The Canyon‘ will take fans on a lyrical journey through the intimate psyche of Bert McCracken:

“I’ve learned as an artist that a great idea is such a gift.  If I don’t stop whatever it is I’m doing, even if while driving, if I don’t pull over at that moment, then maybe I didn’t deserve the idea to begin with. I learned to respect and worship the ideas in that way, that they are and will always be something sacred. Stopping in that moment was a brand new approach for us during this process”. 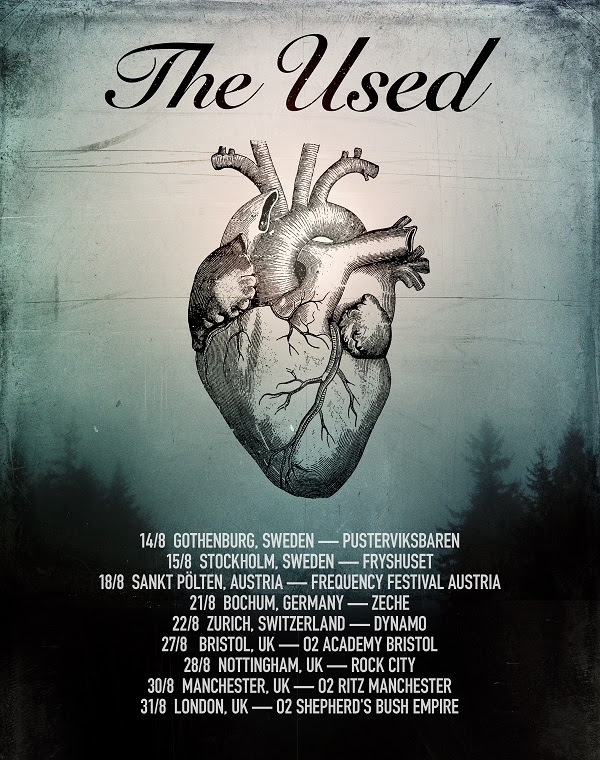