After releasing their first two, conceptually connected albums “The Initial Frontier” parts I and II within the span of only one year and received enthusiastic feedback, Vyre took a little more time for their third piece of work “Weltformel”. More than three years took the creation of “Weltformel”, at the same time another step in the development of Bielefeld’s Sci-Fi Metallers. “Weltformel” will be released April 20th, 2018, via Supreme Chaos Records. 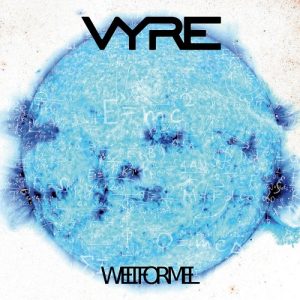 “Weltformel” was recorded and produced by the Endzeit Kollektiv. Mix and mastering were done by Jörg Uken in Soundlodge Studio.